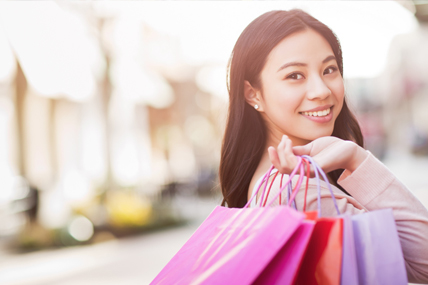 Kantar Worldpanel1, the global market leader in consumer panels, reports 14% value growth for the FMCG (Fast Moving Consumer Goods) market in 2012. Amongst all the categories Kantar Worldpanel monitor, 7 out of 10 categories enjoyed average family spending level increase of over 3%. This indicates that consumption levels have started to pick a more significant role in the overall market growth in China.

It is vital for category leaders to consider category spending as a key success factor to drive future growth in the retail market, especially mature categories whose penetration2 has reached a plateau, such as biscuit and chocolate in food and toothpaste and toothbrush in toiletry. In 2012, there were a number of categories showing substantial increase in household spend level, including mint candies, wine/spirits, chocolate, biscuits and toothbrush.

Similar to oral care categories, biscuit has also reached 98% household penetration in urban China which leaves very little room to further expand penetration. Nevertheless, the biscuit category still enjoyed 23% market growth in 2012 thanks to the increase of consumption level.  On the one hand, premium European biscuit for gifting has been one driving factor of the consumption growth.  On the other hand, new flavours and innovative product formats are another success factor leading to the market expansion.  In order to secure space in consumers’ baskets, premiumization as a result of driving innovation that really uncover new consumer demand and changing lifestyle are inevitable to justify value-for-money.

Unlike mature categories, emerging categories should take totally different approaches to grow consumption.  Let’s take the coffee market for example: Kantar Worldpanel observes that less than 40% of the Chinese families bought coffee in 2012, which was still a lot lower than other more developed markets, e.g. 58% in Taiwan.  This indicates that consumers in China market are still in the developing stage of the coffee drinking habit.  However, there are differences by different city tiers.  Consumers in key cities generally have higher accessibility and higher acceptance toward innovative concepts and products while consumers in lower tier cities are followers and more reluctant to change.