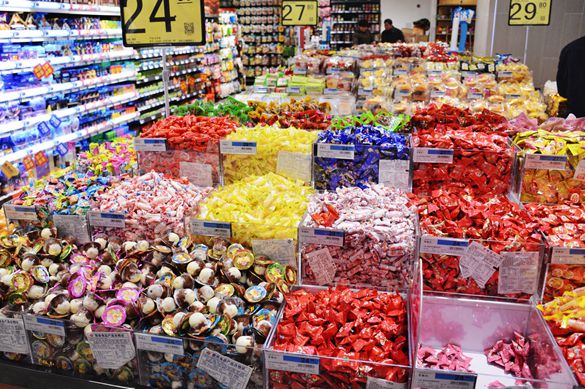 Kantar Worldpanel’s latest figures for 12 weeks ending 22nd February 2019 shows consumer spending on FMCG in China maintained a robust growth of 6.7% in value, thanks to an increased spend over the Chinese New Year (CNY) period.  Lower tiers cities continued to outpace top tier cities, with close to half of the households shopping online in the past 12 weeks, up nearly 10 points in penetration compared with last year.

Sun-Art Group maintained its leading position during the CNY period in 2019, but its share position has weakened over the last year.   RT-mart reported 7.1% share within modern trade in the latest 12 weeks, 0.4 points lower than 2018.   Its partnership with Alibaba, including digitalization of its stores and fulfillment systems, and improved delivery times to within an hour, is yet to translate into increased transactions.

Some local retailers posted a stellar performance during CNY, the most important sales season of the year.  Wu-mart outshone competitors with 16% sales value growth compared with last year thanks to its aggressive store expansion plan in the North and takeover of the legacy stores of LotteMart and Vanguard.   Dmall App, at the same time, also enabled Wumart to create seamless online and offline shopper experiences across different moments, whether consumers are in the store or away from the store.  Yonghui, WSL and SPAR also posted stronger performance during CNY.

E-commerce experienced a 30% growth in sales value in latest 12 weeks, despite the challenges of delivery as a result manpower shortages during the festive period.   Both Alibaba and JD launched massive pre-CNY campaigns especially on food & beverage and improved their fulfillment and delivery capabilities to capture the sales momentum.   In the latest 12 weeks, Alibaba (Taobao+Tmall) continued to outpace JD in attracting e-commerce shoppers. 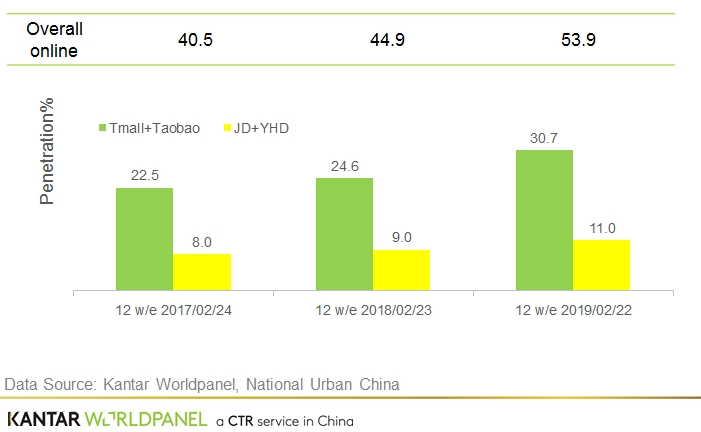