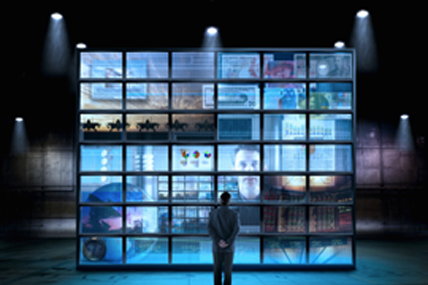 Based on a research project on two popular reality shows in China (Hunan Satellite TV's "I am a Singer" and CCTV-3's "Sing My Song"), Kantar Worldpanel China found that shoppers exposed to the reality shows spent 8% or 24% more on sponsors' products than those who haven't seen them. The sponsorships also helped the brands to recruit more shoppers than their normal growths as well as boost a sponsor's other products which were not featured in the show.

Kantar Worldpanel then selected families who had been exposed to the show, and compared their purchasing records of the sponsored brand during, before and after the sponsored programme on-air period with the control group families who were exactly identical to them except they were not exposed to the show (Note 1). The matching between the control group and the exposed group is done through a weighting process across all the necessary parameters.

The research found that Wahaha Nutri-Express benefited almost immediately after the show began on air. During the show's three-month running period, families exposed to the show bought 24% more Nutri-Express yogurt drinks than those who didn't see it.

Liby liquid detergent, which has a longer product purchase cycle than yogurt drinks, also recorded an 8% uplift of sales from families watching "I am a Singer" than those who didn't.

These sales data have been adjusted to filter out the seasonal factors.

During the on-air period, Wahaha Nutri-Express's shoppers among those who watched "Sing My Song" increased by 28%, while a normal new brand buyer increase of it would have been 21%. (Note 2)

Liby's shoppers among the "I am a Singer" audiences jumped by 33%, 10 percentage points higher than normal rate.

The survey also found that though Wahaha featured only Nutri-Express in the reality show, its other yogurt drink products also enjoyed a sales boost by 21% in the on-air period. There was an apparent Halo effect.

To better decipher the successful results of the sponsorship, Kantar Worldpanel China compared the degree of similarity of brand buyers and show viewers through household size, household income, family age and family locations in China. In both cases, the profile of the show audiences is similar to that of the featured product's customers.

So to have a successful sponsorship, brands and marketers have to first carefully analyse the profile of a show's audience to see if it is a good fit.

Advertising through TV sponsorship is still on the rise. As many as 45% of advertisers say they will increase budget for TV programme sponsorship or product placement, while 34% said the proportion will remain the same, according to CTR Media Intelligence 2014 Advertiser Survey. Only 13% said they will cut budget in this category.

High show exposure and popularity are crucial to the success of TV sponsorship, in terms of both greater sales uplift and brand's emotional bonding with show viewers. But marketers also need to invest in during- and post-show support through digital or offline touch points to maximize halo on other product lines and to ensure long-term impact.

Note 1: Kantar Worldpanel China control the similarity of the test and control groups by selecting families with:

- Same purchase intensity on the category and brand

Note 2: New brand buyer refers to those who didn't buy the brand in 2013 whole year, but being exposed to the show, and purchased the brand during on-air period.