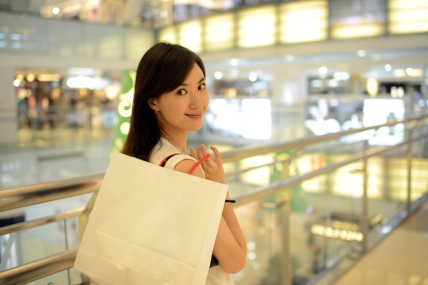 Kantar Worldpanel1, the global market leader in consumer panels, reveals today there are 15 Fast Moving Consumer Goods (FMCG) companies reaching over 100 million urban Chinese families during the 52 weeks up to Oct 5th, 2012, with 8 of them being global players.

Successful development of a growing consumer base is critical for businesses to succeed in a highly fragmented and competitive market environment. In a recently published 2012 China shopper report by Kantar Worldpanel and Bain & Company, it was identified that in most FMCG categories in China, penetration2 is the most important key success factor for a brand to build its market leadership.

The latest report from Kantar Worldpanel’s national urban panel shows that Procter & Gamble, one of the first entrants to the Mainland China market, reached a staggering 156 million households out of a universe of 162 million households. This means 97% of families purchased at least one P&G product in a year. COFCO, the largest state-owned food conglomerate in China holds a close No. 2 position in the ranking, reaching 150 million households, followed by Master Kong3 group with 147 buying families on annual basis.

Rising incomes and growing aspiration for quality have seen Chinese consumers becoming more brand conscious and willing to pay more for brands from leading companies. As many global companies revealed their ambitions to grow their customer base substantially in emerging markets, China is inevitably becoming a new battleground for marketers. Kantar Worldpanel identified three common strategies essential to drive consumer base growth in China.

New product launches and portfolio extensions have helped companies recruit incremental buyers. Mondelez (Kraft) has been successful growing buyer base over the past two years through innovations which include line extensions for Oreo and Chips Ahoy in the biscuit category as well as the introduction of mini formats across several of its biscuit brands as well as in the confectionary category with smaller pack formats for Eclairs.
Unilever managed to grow the consumer base of Clear by developing male grooming variants and at the same time, through its relatively new shampoo brand Dove, which was only launched in China in late 2010 but has been rapidly building a strong consumer base by appealing to a new segment of shampoo consumers.
It’s not only multi-nationals that have grown through innovation. Uni-President has managed to grow its buyer base significantly in the instant noodle category, mainly from the successful introduction of its pickled beef flavoured product.

M&A to get fast access to new consumer base

Jason Yu, General Manager of Kantar Worldpanel China, commented: ‘’Measuring the successful acquisition of new customers is critical as more companies focus on getting more people to buy more products. The key to successful growth for manufacturers in the complex China market is closely tied to the success of attracting buyers to their brands more than anything else. This is a challenge that faces all players in the FMCG market. But most of the top 15 FMCG companies, both local and international, managed to achieve remarkable growth in the number of consumers who buy their brands through innovation, geographical expansion or mergers and acquisitions or a combination of all elements. ‘’