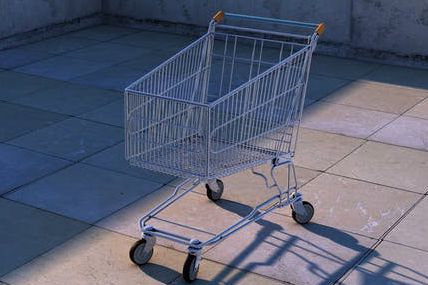 Kantar Worldpanel’s latest figures for 12 weeks ending 13th July 2018 shows consumer spending on FMCG in China grew by 6.1%, up by 2.7 points compared to the same period last year. In the past 12 weeks covering the online shopping festival ‘618’ over half of the total FMCG growth came from E-commerce and the channel has grown by 41.5%. Modern trade (including hypermarkets, supermarkets, and convenience stores) was flat although supermarkets reported a growth rate of 4.0%. In terms of region, the West region continued enjoying faster growth at 8.9%

Offline retailers also benefited from the ‘618’ shopping festival. Among the top retailers in modern trade, those in the Tencent/JD camp have shown a bigger uplift on market share: Vanguard Group, Walmart and Yonghui increased by 0.3, 0.3 and 0.5 points respectively in the latest 12 weeks compared to the same period last year. About 500 Yonghui stores have joined the 618 promotion on JD Daojia, whose big data analysis and strong logistics helped Yonghui to optimize promotions, forecast products stock up, and provide more accurate campaign targeting of consumers both online and offline.

‘618’ online festival attracted more buyers compared to last year, with 41.7% of households in urban China having purchased FMCG online over the past 12 weeks. JD is still leading the event and saw a strong growth on buyer base. Its penetration reached at 7.6% in the last 12 weeks, up by 1.4 points compared to the same period last year. 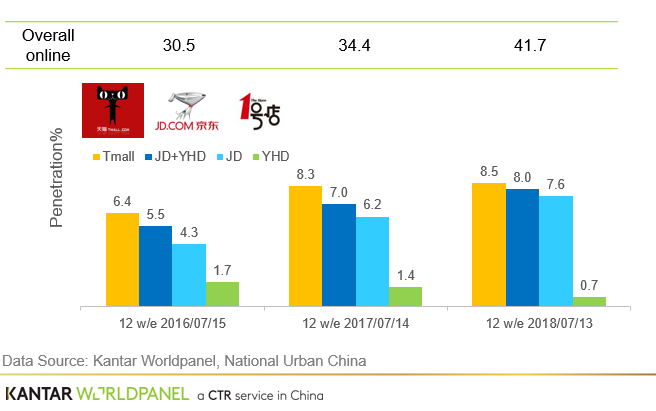