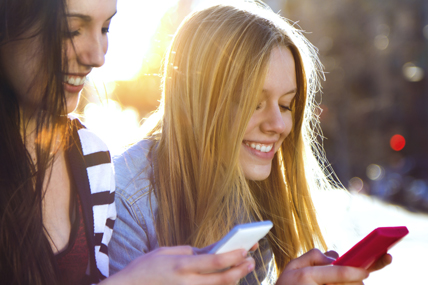 The latest smartphone OS data from Kantar Worldpanel ComTech for the three months ending April 2016 shows Android continuing to make year-on-year gains across a number of regions, though that trend is slowing. In the EU5, Android accounted for 76% of smartphone sales, up 5.8 percentage points from 70.2% in the three months ending April 2015. Android share accounted for 67.6% of smartphone sales in the US and 78.8% in China.

“Android’s gains continued in several regions including the EU5, US, and China, but the rate of growth has slowed,” said Lauren Guenveur, Consumer Insight Director for Kantar Worldpanel ComTech. “In the EU5, year-on-year growth between March 2015 and 2016 was 7.1%. For the April-to-April time frame, that number dropped to 5.8% pts. What’s more, we see only a 0.4 percentage point increase for the three months ending March 2016, up from 75.6% to 76%.”

“In Urban China, Android share rose 4.8% year-over-year, and 1.1% period-over-period, to capture 78.8% of smartphone sales in the three months ending April 2016,” noted Tamsin Timpson, Strategic Insight Director at Kantar Worldpanel ComTech Asia. “While movement from featurephones to smartphones has slowed significantly in developed markets like the US and EU5, this still makes up a significant proportion of smartphone sales in Urban China. Nearly a third of Android users during this time were purchasing their first smartphone, in contrast to iOS buyers, of whom only 14% were first-time smartphone customers.”

“In Great Britain, both Android and iOS had higher market share in the three months ending April 2016. Android represented 58.5% of the market in that period, a gain of 4.1% year-on-year,” said Dominic Sunnebo, Business Unit Director for Kantar Worldpanel ComTech Europe. “And for iOS, this term showed the first increase since October 2015, though modest at just 0.4%, from 34.7% to 35.1%. Android gains came from Windows phone owners switching, a trend that produced nearly 10% of new Android customers, while 21.8% of new iOS buyers switched from Android.”

“In the US, Android share increased 5.2%, capturing more than two-thirds of smartphone sales in the three months ending April 2016,” Guenveur added. “While growth in other parts of the world has clearly been a result of movement either from the Windows ecosystem or a feature phone, Android gains in the US are powered by repeat customers. Among those replacing their smartphone, more than nine out of ten (91.4%) of Android buyers owned a previous Android device.”

“In Europe and the US, the smartphone market is approaching saturation, and future successes for either of the two dominant ecosystems will come chiefly from drawing customers away from the other,” Guenveur continued. “With Windows phones exiting the market, this battle will only intensify. For Android-Google and iOS-Apple this will mean not only looking to new markets where smartphone penetration has not yet peaked, such as India, and Latin America, but also to new services and products.”

Recently announced services and products, like Google Assistant, Allo and Duo, the first Tango phone (Lenovo’s Phab2Pro), a revamped Apple Music, and open development on iOS Siri, Maps, and Messenger, may play a part in the OS battle.