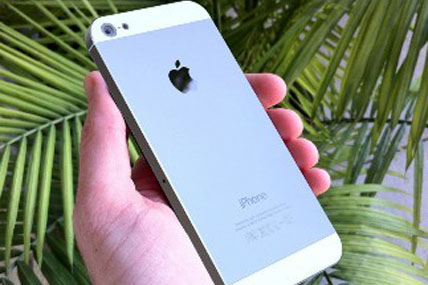 China Mobile and Apple have high expectations from their partnership.

China Mobile, the world’s biggest mobile carrier has recently announced it will start offering Apple 5S and 5C as of 17/1/2014. It is likely that China Mobile and Apple have high expectations to improve respective sales from this deal, however given the current characters of the market, and the Smartphone purchasing trend in China, the two companies involved will need to do a lot more to yield any significant return.

The latest data from Kantar Worldpanel ComTech, the global market leader in consumer panels, reports by the end of Q3 of 2013, approximately 63% of all Apple handsets in China are already on China Mobile’s network, which means even before the recent sales agreement, over half Apple devices is already on China Mobile’s network. The report also shows, for every 100 smartphones on China Mobile, approximate 18 handsets are iPhones, a similar ratio for China Unicom and China Mobile who have had been selling iPhone under their official sales agreement for a while.

Obviously, customers on China Mobile who wanted an iPhone, obviously had found a way to source one via other channels, and since Apple has already made some progress within China Mobile, its room for growth is somewhat limited, and unlikely to see a huge sales boost for both organizations.

ComTech’s recent report also shows, in Q1 2013, 33.4% of Smartphone purchases price were more than ￥3000 ($494USD), and in Q3 2013 that figure was 24.6%, a drop that is almost 10 percentage point. Nowadays, Consumers are spoiled with handset choices, with many local brands offering bigger, faster and most importantly, cheaper models, the increased competitions drove the average handset prices down, and “steal” people who otherwise would purchase a premium device like iPhone.

The report also indicates, iPhone has maintained its market share in China in 2013, however almost half of all iPhone sold were still iPhone 4 and 4s serials. Those earlier models have a clear advantage in price, and particularly appealing when bundled with carrier offers. Again, Chinese consumers are very sensitive to price, with China Mobile only offering only iPhone 5C and 5S, they really need to play its 4G card right to compete with competitors who will sell earlier models at a cheaper rate. On the other hand, Only iPhone 5C and 5S that will be sold by China Mobile are compatible with 4G networks in China, it definitely put China Mobile in the lead to attract high spend customers who are data hungry, also less concerned about handset price. We feel the deal between Apple and China Mobile brings many benefits to consumers as well as the two giant business involved, but new carrier bundle price and 4G network will be the key to success.

In the report, it also highlights repeat Smartphone purchases in China are equally important as Feature-phone upgrades. During the first 3 quarter of 2013, 52% of smartphone sales were generated by Feature-phone owners upgrading to a smartphone, and the remaining sales were actually from repeat Smartphone purchases. And the average purchase price for iOS is at ￥3919($645USD)， which is more than twice as much of Android average purchase price at ￥1561($257USD).