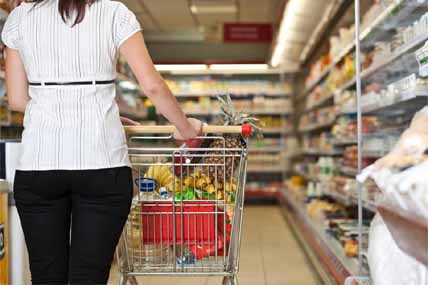 Kantar Worldpanel, the global market leader in consumer panels, reports 6.1% value growth for the FMCG (Fast Moving Consumer Goods) market for the latest 52 weeks up to March 21st 2014 compared to the same period a year ago. The data suggests that Chinese consumers are becoming more selective in their daily purchases, with overall purchase volume stagnant. In general, the slowdown is more noticeable in food than non-food categories, which still report 6.8% growth year on year.

Closely associated with family reunions, sharing and relaxation, Chinese New Year (CNY) is always one of the most critical seasons of the year for brands and retailers, especially for food and beverage categories.

Spotlight on non-alcoholic ready-to-drink beverages: During the 8 weeks up to Feb 21st, Juice and RTD Tea (both perceived to be healthier and going well with food) enjoy over 20% value growth through reaching more consumers and charging higher prices, yet CSD (Carbonated Soft Drinks) stay flat as a result of a stagnant consumer base.

Looking into confectionary: At a premium price of 120RMB/Kg on average, chocolate remained a quality choice for gifting during the festive season and continued to report double digit growth. The category attracted more new buyers and grew share of wallet at the expense of other candy categories.

A focus on snacks: Crispy snacks have reversed their soft trend in 2013, moving in to positive 6.3% growth this year through expanding consumers’ spend per shopping occasion. On the other hand, biscuit’s strong growth during last Chinese New Year was not repeated this year. However, key manufacturers like Kjeldsens, Mayora and Orion, who operate in the premium biscuit segments like gift-tinned cookies and innovative bite-size snacks, still enjoyed double-digit growth through reaching more buyers with their luxury premium offer.

Premiumisation continues to prevail in Chinese consumers’ daily meal preparation, as higher priced categories like oyster sauce are growing and olive oil sustaining, although overall cooking oil performance was soft as a result of a reduction in company benefit offers. Separately, with the booming trend of Chinese travelling overseas during the holiday season and eating out becoming more affordable thanks to the government’s anti-corruption policy, overall consumption of cooking-related categories have been adversely affected.

Provincial stars amid general slowdown
Kantar Worldpanel observed a slowdown occurring mainly in Beijing, Shanghai, Guangzhou, Chengdu and other provincial capital cities, while lower tier cities were relatively stable. At the same time, some regions continued to be bright growth spots. Amongst all regions, Anhui/Henan and Guangxi/ Guizhou/Yunnan continued to report growth of 10.7% and 8.6%, South 2 (Hubei, Hunan and Jiangxi) and West 1 (Chongqing, Chengdu, Shaanxi and Sichuan) suffer the biggest slowdown in 2014Q1, from 12.4% to 6.8% and from 8.8% to 4.1% respectively.

China’s FMCG market growth slows as consumers become more cautious when making purchase decisions as macro economy shows weakness. However, with the growing middle class and greater disposable income (+9.7% in 2013) according to National Bureau of Statistics, there are still opportunities for categories to grow in 2014.

(1) Category development through geographic expansion
FMCG categories still have room for development. Out of the 117 categories Kantar Worldpanel tracks up to Q1 2014, 51 are in the mature phase with penetration level above 50%, indicating vast room for new categories to win more consumers. This opportunity lies particularly in the fast growing regions/provinces where consumers are catching up their category usage.

(2) Health consciousness still on the rise
The rise of middle class and the publicity on consumer goods safety lifted awareness of quality and safety to an all-time high. Tapping into consumers’ unmet needs in this field and creating a healthy image might help categories grow against the stream.

(3) Trading up is still going on despite the uncertain prospect.
When consumers do reduce spending on luxury goods and fine dining, they still need daily fulfilment and excitement. From there, they move to spending more on the affordable luxury. Manufacturers who seize this opportunity and provide better quality, relevant innovation or fulfilment/excitement will eventually cut through the haze and get back on the growth track.