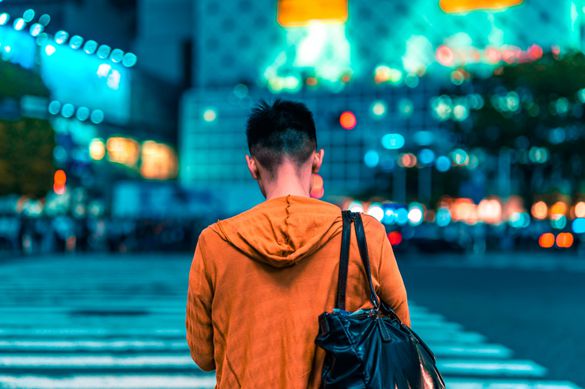 a new direction for cosmetics brands to drive business growth.

Females, due to their emphasis on personal care, have long been under the spotlight of cosmetics marketing campaigns in China and all over the world. However, as new brands and products appear making the market more competitive, the difficulty to obtain a bigger piece of the cake increases. But now there is some good news for manufacturers: Chinese men are now more willing to invest in products which improve their appearance.

Data from Kantar Worldpanel’s Beauty Panel’s shows that, during the 52 weeks to June 2018, the penetration of skin care products among male shoppers has reached over 50% in China, with a value growth rate 17.8%, which is higher than the growth rate amongst female shoppers.

As younger Chinese men are spending more on their appearance, cosmetics brands in China face an opportunity to catch a new growth driver outside the intensely competitive female skin care battlefield. Western brands like L‘OREAL PARIS and NIVEA take an undoubted advantage there due to their early entry and level of investment within male skin care. Meanwhile, local brands like CHANDO and INOHERB have also launched their own men skin care franchises to dig into this market of 700 million men.

A Focus on Younger Men

Unlike in the West where baby boomers have been the key focus, in China brands are striving for a younger consumer base and a young brand image. Born in an age of globalization and booming information, Chinese Millennials and Gen Z have a more open mind towards new things, as well as breaking the stereotype of gender roles.

In China, women have long been expected to stay beautiful while men should focus more on their career. But this mentality is changing amongst the younger generations.

Males aging from 15 to 24 are the most active consumers in the men skin care market in China. According to Kantar Worldpanel’s data, this group contributes over 40% of the market value, with a 23% increase in spending per buyer compared with the previous year.

An increasing in the number of trips for skin care and a decrease in the trip volume is one characteristic of their shopping behaviour, which is highly related to their frequent use of the Internet. 30% of male shoppers’ spending on skin care products comes from online channels. The dual identity of social media as both networking and shopping sites, like WeChat and Red Book, provide convenience and drives impulse purchasing. Once consumers get interested in the product mentioned by opinion leaders on the platform, they can find a link to the shopping page of that product and as well as products recommended for them.

To win more male shoppers, manufacturers apply similar strategies used for female targets: add value to products through association with current trends and preferences of the audiences. Sports is one of the most beloved topics among young males. For example, last year local brand WZUN became the official partner of NBA in China. This enabled the brand to launch limited edition products, leverage NBA’s online campaign, and participate in theme activities. Other marketing themes include technology, video games, sci-fi and the military.

Benefiting from manufacturers and opinion leaders’ ongoing education, males also demand much more skin care knowledge than before. There is no doubt that their needs have gone beyond the basic routine.

As one of the most fundamental skin care routines, cleanser takes the highest share (15%) among all segments among male shoppers. Males now not only use it for the basic cleaning function; they have more specific needs like oil control and hydration. Concepts such as mild, natural, additive-free are also welcomed by male shoppers. In addition, the trend of premiumization is clearly shown within this segment: premium cleansers enjoy a 56% increase among males.

Tissue mask ranks the second in value share. It enjoyed phenomenal growth in recent years and has become the most purchased product in volume for both genders. Only a few brands offer men-specific tissue mask, and most of the males purchase uni-sex tissue mask mainly targeting at females. However, recently male-specific tissue mask sees a strong growth of 84%, and may possibly be the next tipping point in the market.

Worldwide, pollution, UV, lack of sleep, and blue light has become the concerns for people living in cities, which result in increasing skin care needs for anti-oxidant and repair. Essence and sun care suit these needs and thus are increasingly welcomed by males, enjoying a growth of 25% and 50% respectively. Functions of essence have become more diverse while pharmacy brands gain popularity.

Compared with the developed female skin care market, men skin care is just starting its journey in China. With more cross-country cultural interactions and the further expansion of pop culture in China, the young generation will have even more sophisticated skin care needs in the future. More opportunities are waiting to be explored in this sizeable and profitable market.