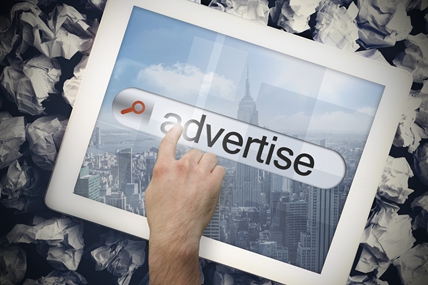 No one would question the shift of media budget from TV to digital. For the first time in history, digital ad spend surpassed TV in 2016 and accounted for half of total media budget according to “This Year, Next Year: China Media Forecasts” by GroupM. It also forecasted that the digital spend would be increased to 57.2% of the total ad spend in China in 2017, and TV commercials dropped by 5.2%.

The answer is yes to some extent based on our studies. Kantar Worldpanel tracks the continuous purchase behaviour of the 40,000 household panellists in China and matches this with their media exposure to evaluate the purchase impact from their exposure to advertising. This means it can effectively link media exposure to real offline sales rather than claimed. Digital media did show 80% higher efficiency in driving sales than TV according to the case studies generated from 2015 to 2017. In other words, if the consumers reached by TV spent 100 RMB on the brand, those reached by digital would spend 180 RMB. Digital media drive higher sales than TV when reaching the same number of consumers. 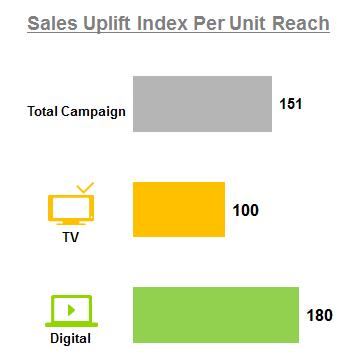 PC and mobile sales efficiency did not show significant difference according to the same case studies. 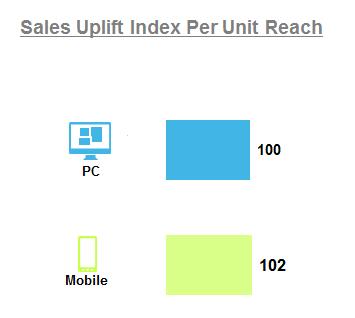 Note: assuming the consumers from PC ads exposure spent 100 RMB on some brand, then those who exposed by mobile would spend 102 RMB on the brand.

As the penetration of smart phone keeps going up, Kantar Worldpanel believes that mobile as a medium will become the first choice to catch the consumers’ eyeballs very soon. CTR Advertiser Survey in 2017 also indicated that the mobile budget allocation increased dramatically from 7% in 2015 to 23% in 2017 thus narrowing the gap with TV rapidly.

The question now, however, is if advertisers shall give up TV and only focus on digital media?

The answer is no.Even though TV seems to have lost its advantage in the media mix, it still shows real strength in reaching consumers, especially for brands targeting mass consumers. 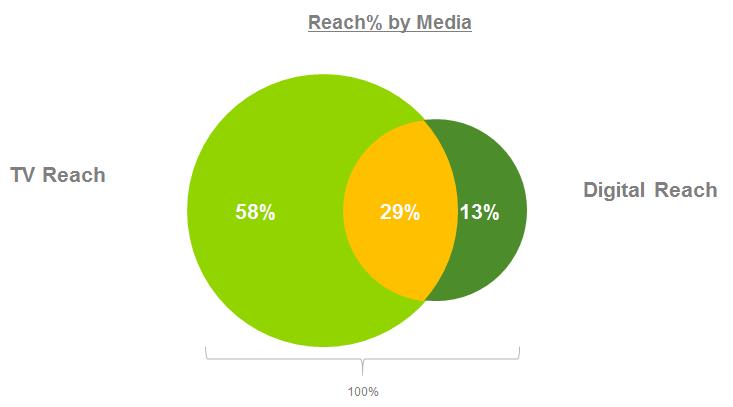 Even for the brands targeting young consumers, halo effect can still be strong resulting from multi-media investment. The advertisers can reach 75.3% of the young target audience (aged 20-40) by using pre-roll of online video, but they can cover 88.8% of the same target by using traditional TV, 13.5% higher than online video. 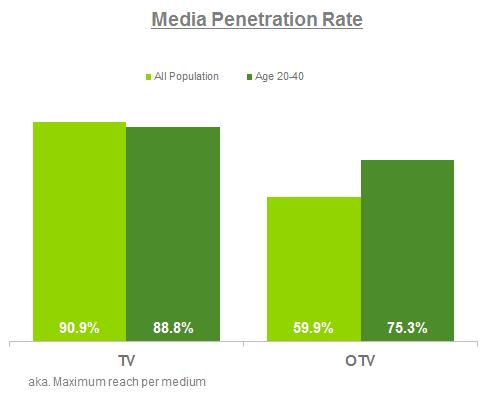 Consumers are navigating through multiple touch-points nowadays in today’s ever evolving media maze. How should the advertisers select and optimize their media investment mix?

The starting point is connect the consumers’ ad exposure across media with their total channel purchase behaviour, then evaluate and quantify the sales impact from media investment, so that the advertisers can optimize the media mix based on quality of sales conversion.

For example, if an advertiser has invested RMB 10 million for a campaign, Kantar Worldpanel can effectively quantify the brand sales benefited solely from its investment on top of base line sales. After quantifying the brand sales uplift, Kantar Worldpanel can further differentiate the return on investment by different media type including TV and digital. Kantar Worldpanel then can conclude how the advertiser should optimize the media budget allocation according to different media efficiency level in driving sales. Furthermore, with in-depth understanding of those consumers, we can bring consumer insights into the brand sales uplift analysis to understand which consumer groups were influenced more by the campaign.

The next questions can be what the optimal times of exposure for driving sales, whether program sponsorship works, what role social media should play, and so on. Please contact your Kantar Worldpanel consultants for the answers.