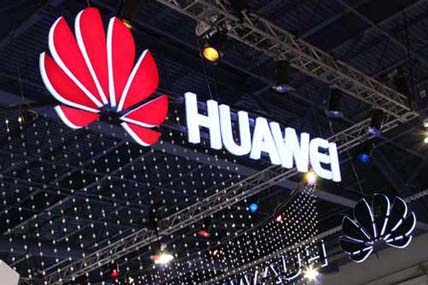 Latest data from Kantar Worldpanel ComTech shows that in the first quarter of 2016, 77.7% of mobile phones sold in urban China were Android phones, which was 5.9 percentage points higher than a year ago.

“In Urban China, Android had its best year-on-year growth since the three-month period ending October 2014, moving up 5.9% points year-on-year to 77.7%. iOS continued to decline to 21.1% in the three months ending March 2016, down from 26.1% in the same period a year ago,” said Tamsin Timpson, strategic insight director at Kantar Worldpanel ComTech Asia.

“Huawei continued to expand, reaching its highest purchase share so far, at 24.6%. This has been driven by the high-end Mate 8 and the value-tier Honor 5X,” Tamsin explained. “Oppo, traditionally known as a value-tier brand, reached 6.5% of smartphone sales, increasing most significantly in the ¥2,000 to

Kantar Worldpanel ComTech carries out monthly panel surveys among Chinese urban mobile phone users to monitor the market share changes of various brands. In China, the panel size is 22,000. The nature of the research methodology means it can cover the influence of smartphones sold in other countries ended up in China.

“This is the strongest growth for Android across the EU5 in more than two years,” said Lauren Guenveur, mobile analyst for Kantar Worldpanel ComTech. “What’s more, the growth is coming not just from one or two players, but from different brands and ecosystems, varying from region to region.”

In the EU5, iOS share declined from 20.2% to 18.9% in the three months ending March 2016. Windows phone sales dropped five percentage points to become 4.9% of overall smartphone sales in the region. Nearly 7% (6.6%) of new Android customers came from Windows, vs. just 3.3% from iOS. Among new iOS buyers, 2.6% migrated from Windows.

“For those switching from Windows, Android has offered a better user experience, with a variety of brands and models across a multitude of price points,” said Dominic Sunnebo, business unit director for Kantar Worldpanel ComTech Europe. “In Italy and France, the strongest Windows Phone markets for a time, nearly 10% of Windows mobile users moved to Android in the three months ending March 2016. What’s more, they opted for brands like Huawei, Wiko, and Asus, featuring mid-range devices that represent good value for the money. Contrast that with Great Britain, where Android growth is still dominated by Samsung, and driven in this period by mid-range devices like the J5 and A5.”

Android’s gains in the US came from increased sales by ecosystem partners Samsung, Motorola, and LG.

“Although it was available for only a few weeks during this sales period, the Samsung Galaxy S7 was the fifth best-selling device in the three months ending March 2016, capturing 4.2% of sales,” Lauren said. “The Galaxy S6 also performed well, due to price reductions before the S7’s release. Motorola experienced higher sales, particularly with Verizon, and grew to 9.8% of the smartphone market, up from 6.9% a year previously.”

Though Android is now enjoying healthy gains across the world, there are still chances that the whole landscape could change either way later this year.

Android still have room for growth, Lauren added, because “In EU5, share growth from the Samsung Galaxy S7 – expected to be one of the most popular phones of the year – has not yet occurred. As the impact of the S7 materializes, it may change the nature and path of the Android market.”

On the other hand, she noted that “Android share could also be negatively affected by high demand for the Apple iPhone SE. iPhone SE sales will be particularly important in China, where success in the mid-tier will determine the top player in the region. These factors should play out further in the next quarter.”