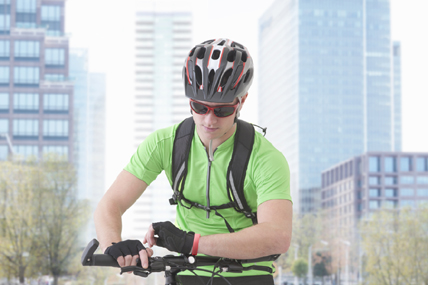 The inaugural release of Kantar Worldpanel ComTech’s Wearable service reveals that, as of March 2016, more than one in ten consumers in the US own either a fitness band or smartwatch (12.2%), nearly double the penetration in the EU4 (6.6%). Europe's big four markets include Great Britain, Germany, France, and Italy.

Fitness bands dominate the US market, with three out of four “wrist wearable” devices owned falling in this category.

“For both smartwatch and fitness band buyers – brand, ease of use, and functionality are the top drivers of purchase, outweighing both design and cost,” said Shannon Conway, wearable tech analyst for Kantar Worldpanel ComTech. “Fitbit established itself as an early market leader, capturing 61.7% of the US installed base by communicating a clear and simple value proposition to consumers. Apple accounts for 6.8% of the total number of fitness band and smartwatch owners in the US.”

Despite smartwatch vendors promoting more advanced health and fitness capabilities, fitness bands have yet to show signs of wavering popularity among recent US-based owners. Gifting plays a larger role for the less expensive fitness bands, 43.1% vs. 33.3% for smartwatches in the US. But, smartwatches are well-positioned to threaten timepiece watches, with 31.9% of all smartwatches and 43% of Apple Watches taking the place of a traditional watch.

“While market penetration in the EU4 stands at a comparatively low 6.6%, the makeup differs vastly from the US, with smartwatches comprising 55.2% of devices, compared to a share of 22.9% in the US,” said Lauren Guenveur, mobile analyst for Kantar Worldpanel ComTech. “Of the combined fitness band and smartwatch base, Fitbit remains the most-owned brand at 18.5%, but Apple and Samsung follow closely with 14% and 11.6%, respectively.”

In EU4, the battle with traditional watches intensifies, with 39% of all smartwatches purchased to replace a timepiece, increasing to 49.6% among Apple and 41.5% for Samsung. In EU4, GB most closely mirrors the US market, with a slight majority of fitness trackers (54.3%) over smartwatches (45.7%).

“Our first smartwatch data set reflects a relatively low level of market penetration – not unexpected for what is still a young category,” Conway added. “In our next quarterly Wearables report in August, we’ll be adding a number of data elements, including how non-owners of smartwatches have reported on whether they intend to purchase one of these devices in the future. We expect that this will give us some interesting indications about where the wearables market is headed.”