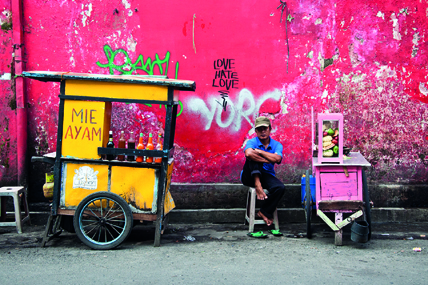 Local brands are closing in on their multinational competitors, growing value at nearly twice the rate of global brands for the third year running.

This is the key finding of the latest Kantar Worldpanel Brand Footprint report, which today launches its annual Top 50 ranking of the world’s most chosen FMCG brands.

Analysing one billion households across 44 countries in five continents and 300 billion shopper decisions, the study used its proprietary metric – Consumer Reach Points (CRPs) – to discover how many times a brand was chosen by consumers over the course of one year.

Local brands continue to outpace the market: while the total value of FMCG grew by 4.7 per cent in 2015, local players grew by 6.2 per cent. By comparison, global brands grew by 3.4 per cent. Particularly strong in the food and beverage categories, brand choices are dominated by local players in terms of both the number of brands available as well as in the number of times they are chosen.

Local brands are especially prevalent in Asia, Latin America and also parts of Europe including Spain. Most notable is China – where local brands comprise 75 per cent of shopper decisions followed by Indonesia (61 per cent) and India (57 per cent). The three best performing local brands of 2015 are Chinese natives: Yili, Mengnui and Bright.

Despite this shift, growth is not over for global brands. Within the top 10 brands alone, Lifebuoy, Lay’s and Dove all managed to not only grow CRP, but also move at least one place up the ranking.

The key opportunity area for multinationals is ecommerce, the fastest growing channel, where they currently dominate.

Alison Martin, Director at Kantar Worldpanel explains:
“Where modern trade (supermarkets and hypermarkets) is the dominant distribution channel for many global brands, the opposite is true for local brands who distribute through more traditional methods and are thriving in the emerging markets which are naturally showing higher rates of growth.

For local brands, the world is their country: they look nationwide rather than just tier one or tier two cities. Not only are there significantly more local brands across the world, it is generally the case that they will reach more shoppers in more remote parts of their market, working in closer concert with consumer need. Where budgets are tight, they will adjust price points or pack size. In large emerging markets such as China, India and Indonesia, many consumers see local brands as not only familiar but also more affordable and widely available.”

“The focus of this year’s Brand Footprint report extends beyond the Top 50 ranking as the pressure from local brands continues to bear on their global competition. While reflecting the growth of smaller and local brands, we also scrutinise more niche players, looking at both local brands and brands poised to break into the ranking.

Whether you’re a global, local or fledgling player, I congratulate every brand that features in this report, which I hope serves both as a comprehensive look back at 2015 and as a roadmap for growth for the years to come.”

Key Facts from the Report