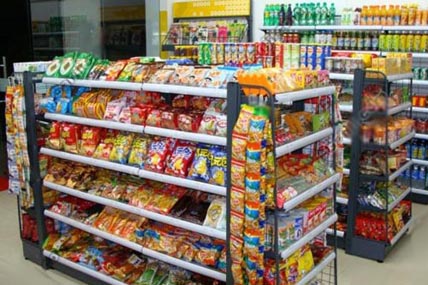 Sun-Art group has been generously injecting resources to its online platform “Fei Niu” while less aggressive plan on new store opening as there are only 4 new stores open since the beginning of the year 2015. The latest figure shows that the group is stagnant in growing market position as its share is flat compared to a year ago at 7.1% nationally.

Although Vanguard group is still going through “post merge bumps” with Tesco as few strikes took place in Tesco stores in recent that impacting on the business, the group continues to perform strongly gaining 6.6% market share which has achieved highest growth rate % year on year. The group is now pioneering multi-format model in China operating under different brands such as Vanguard, Suguo, Ole, Vivi, Tesco Express. With recent launch of online platform “ewj”, the group now has a presence in most key channel types.

Wu-Mart continues its double-digit (10.3%) growth in spending, reaching 1.7% of market share up 0.1% from a year ago. The retail group has developed its multi-format strategy by adding first membership store “Shang Jia” to its portfolio, which directly competing with Wal-Mart’s Sam’s club who owns 12 membership stores in China and the latest number shows that it is growing fast at 28.9% in spend.

The retail channel is developing fast towards multi-format model as the need and purpose of shopping has been even more diverse and dynamic. The market only favors those who can satisfy those needs of shoppers.