Opportunities for growth in a decelerating economy 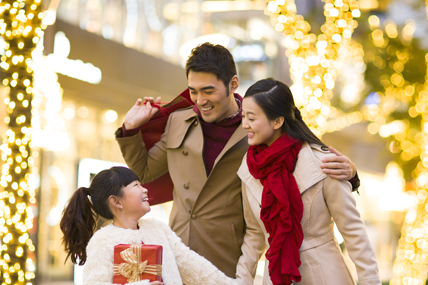 Opportunities for growth in a decelerating economy

Kantar Worldpanel, the global market leader in consumer panels, reports the spending in fast moving consumer goods (FMCG) in 2015 grew by 3.5% year on year, as China economy grows at its slowest pace in 25 years.

Modern trade (including hypermarkets, supermarkets, and convenience stores) continued to experience sluggish growth in line with total market, only growing by 3.3% from 2014. Within this figure there were significant differences by geography and format. Key cities and provincial capitals were adding only 1.4% in value year on year, but county level cities and counties grew 4.4%. Hypermarkets declined in key cities and provincial capitals by 1.5%, but it managed to grow at 4.1% at national level as a result of more store openings in the lower tier cities. Kantar Worldpanel expects to see continued development in the Hypermarket format in lower tier cities in the coming years. Smaller formats fared much better with convenience store formats enjoying healthy growth of 13.1% nationally.

Growth will continue to accelerate for convenience formats: Convenience stores have become one of the fastest growing sectors in China’s retail market. Competition has already been extremely intense in the South while there is still plenty of room to strike double-digit growth in the North and West. Convenience stores are also trying to innovate to create a differentiated shopping experience and typically offer the last mile delivery for e-commerce. The recent ambitious franchise agreement between Lawson and Zhongbai clearly paves the way for even more rapid expansion in the inland provinces.

Size matters in China so more mergers and alliances are expected: As competition intensifies and the total market continues to decelerate, retailers have to build scale to optimize their cost base and strengthen their negotiation power. In 2015, Yonghui’s acquisition of a stake in Lianhua supermarket allowed it to expand into the affluent East China region, while Hongqi’s takeover of Huhui supermarket enabling the group to reach share of 1.5% of the West market. Further regional market consolidation is expected in 2016 as China’s retail landscape is still fragmented, with top 10 retail group only accounting for less than one third of the modern trade sales.

Real Omni-channel experience is yet to emerge: E-commerce continues to surge in China’s FMCG market, with annual growth of 37%, as the likes of JD.com and Tmall invested heavily in festive promotion and shopper conversion. More and more brick-and-mortar retailers have started to introduce their own e-commerce platform on the back of the boom of cross-border e-commerce and mobile commerce to win their shoppers back. However most of them are yet to create a differentiated shopping experience between the online and offline world, as the current Omni-channel shopping experience is not strong enough to standout against the competition.