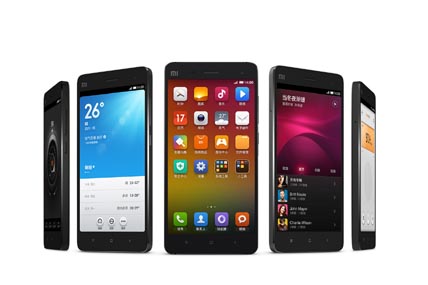 The smartphone market leadership battle in China is far from over, as Huawei, the largest brand in the second quarter, was quickly dethroned by Xiaomi in the latest report period (three months ending July), according to Kantar Worldpanel ComTech's latest data.

"Brand consideration for Huawei, however, is growing rapidly - now at 51% among consumers intending to upgrade in the next 3 months - Xiaomi reaching only 25%," she added.

In other parts of the world, Android continued losing market share across Europe's five largest markets, while Android's share remained positive in the United States.

"Android market share in Europe was negatively impacted by challenging market dynamics in Germany, France, and Great Britain," reported Carolina Milanesi, chief of research at Kantar Worldpanel ComTech. "In the US, performance was more of a level field between the two leading operating systems, as the iOS market share decline and Android share gain both decelerated."

Dominic Sunnebo, business unit director at Kantar Worldpanel ComTech Europe, said: "The maturity of the European market is evident when looking at the declining number of first time smartphone buyers - in the 3 months ending July 2015, only 25% of smartphones sold went to first-time buyers versus 29% for the same period in 2014.

"This type of market maturity increases the impact of churn on overall performance as we have seen with Android this time around - 27% of smartphone buyers across Europe left Android for iOS versus 9% in the US."

Commenting on the situation in the US, Carolina said: "The US market continued to be dominated by two players, Apple and Samsung, who together accounted for 64% of all smartphones sold.

"If share alone was not enough to demonstrate market dominance, our data also shows that these two vendors sold nine of the top ten best-selling smartphones in the three months ending July 2015 - with LG making a cameo appearance in the ranking," she said.

To forecast the future of the market trend, she said: "While market performance over the past three months might have lacked some excitement, things are about to change as Samsung's recently-announced products begin to roll out across markets and Apple makes its big reveal on September 9.

"While all eyes will be on Apple's new products, I would suggest people pay close attention to the current iPhone 6 and 6 Plus market performance, should the accustomed price drop occur after the September 9 product announcement. In the US, 32% of the overall sales of the iPhone 5s were generated after the launch of the iPhone 6."