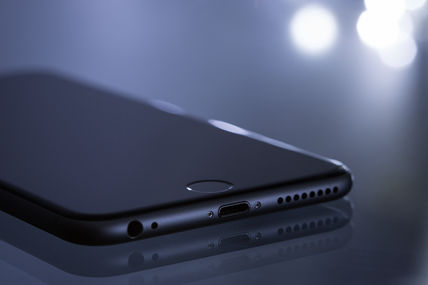 The latest smartphone OS data from Kantar Worldpanel ComTech reveal that in the three months ending April 2017, Android and iOS continued to increase their share of most markets. In urban China, Android captured 83.4% of smartphone sales, up 4.3 percentage points from 79.1% a year earlier. However, Android failed to achieve growth in the US, falling 5.9 percentage points to 61.7%, compared to 67.6% a year earlier.

“Android partner brands Samsung, LG, and Moto experienced year-on-year declines in the US,” reported Lauren Guenveur, Global Consumer Insight Director for Kantar Worldpanel. “The Samsung Galaxy S8, released in the last two weeks of the April period did not show a significant impact on Samsung’s sales in the period ending in April, nor did LG’s G6. Neither of those made the list of Top 10 best-selling phones.”

“Early indications in our data for the three-month period ending in May 2017 show that the S8 and S8 Plus will reach a combined share of 8.1%, slightly behind their predecessors the S7/S7 Edge at 8.8%. iPhone 7 and 7 Plus remain the top sellers during the May period with combined share of 20.1%,” she added.

iOS accounted for 36.5% of smartphone sales in the US for the three months ending April 2017, a 5.8 percentage point increase over the same period one year earlier.

In urban China, iOS share for the period ending in April dropped year-on-year to 16.2%, 3.8 percentage points lower than the same period a year ago. For Apple, this was another period of decline in China that began during the three months ending February 2016.

“Importantly, Apple posted a strong period-on-period gain in urban China, rising to a 16.2% share from 12.4% in the first quarter of 2017, which was their lowest since early 2016,” said Tamsin Timpson, Strategic Insight Director at Kantar Worldpanel ComTech Asia. “iPhone 7 and 7 Plus sales recovered slightly, now representing 8.5% of smartphones sold in the region, outpacing both Huawei and Oppo models.”

“Huawei captured 8.9% of smartphone sales in Great Britain during the three months ending April 2017, a 6.1 percentage point growth over the same period a year earlier,” noted Dominic Sunnebo, Business Unit Director for Kantar Worldpanel ComTech Europe. “Huawei, who have grown to the third largest brand across Germany, France, Italy and Spain, have contributed to the growth of the Android ecosystem, disrupted sales for Samsung and some local brands, and captured those leaving Windows and Nokia. However, the company has historically struggled for share in Great Britain, where Sony and Motorola have been the most popular brands after Apple and Samsung. These latest new figures are the first indications that Huawei is improving its position in Britain.”

Kantar Worldpanel ComTech’s smartphone OS market share data provides the media and businesses with access to the most up-to-date sales and market share figures for the major smartphone operating systems.

This information is based on research extracted from the Kantar Worldpanel ComTech global consumer panel. ComTech is the largest continuous consumer research mobile phone tracking panel of its kind in the world, conducting over one million interviews per year in Europe alone. ComTech tracks mobile phone behavior – including phone purchases, bills/airtime, source of purchase, and usage. It also delivers additional data to promote an understanding of the drivers of share changes, and consumer insight market dynamics. All consumer data in this release excludes enterprise sales.