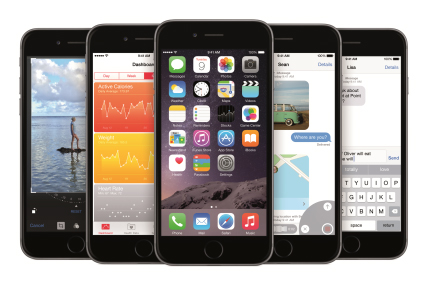 In the US, Apple sales rose by a more modest 0.7% in the three months ending October 2014 versus the same period a year ago. Verizon (42.2%) and AT&T (41.4%) took an almost equal share of iPhone 6 sales, but AT&T held an impressive 63% share of iPhone 6 Plus sales, showing that it was being favoured on larger screen devices. The iPhone 6 outsold the iPhone 6 Plus by a 3:1 ratio, with 6 Plus buyers tending to be older than iPhone 6 buyers. Overall, iPhones made up four out of the five best-selling models over the past three months.
Sales in China