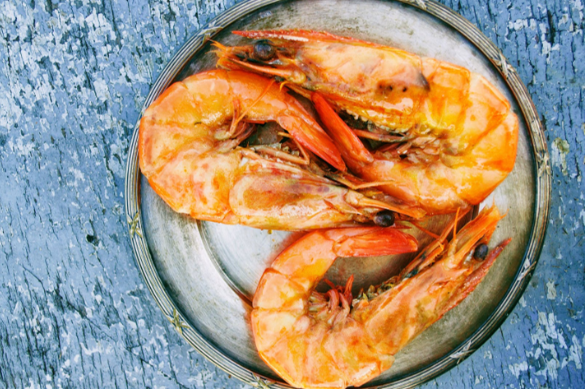 Growth in sales of fresh meat and poultry slowed in the four weeks to 6 September while Brits took advantage of the Eat Out to Help Out scheme. Both fresh primary (6.0%) and fresh processed meat and poultry (6.4%) recorded single digit growth rates for the first time since February.

Chilled fish – which had been out of the limelight during the COVID-19 crisis - saw stronger sales over the most recent four weeks, growing 7.7%, up from 6.9% in previous four weeks. Smoked fish and shellfish especially played key roles in this – together accounting for half of the gains for chilled fish, as people are increasingly choosing foods to consume in-home for health reasons.

Marcelina Fedczyszyn, consumer insight director, Kantar, said: “Eating for health reasons at home came more to the fore in the lead up to Eat Out To Help Out - consumers looking to get their ‘5-a-day’ played a key role in the resurgence.

“This will be vital to track as we head into the darker, cooler months when consumer choices are traditionally driven less by health and when there’s no longer an incentive to eat out.”

A total of 53.7 million more visits to out-of-home venues were made by Brits in the five weeks to 6 September compared with the previous five weeks, as consumers chose to treat themselves, spending more than usual.

“Consumers took the opportunity to indulge when dining out. Spend per trip increased for main meals despite the discount which came with Eat Out to Help Out,” explained Lucy Chapman, strategic insight director, Kantar.

Despite the surge in eating out, the impressive lockdown growth for fresh sausages (12.1%) and bacon (10.3%) continued throughout August. Another traditional favourite, fresh red meat roasts, continued on a solid run too, registering 11.3% sales growth in the latest four weeks, led by beef roasts attracting 220,000 more shoppers. Fresh lamb (10.5%) continued its recovery since the Easter slump, attracting more shoppers for mince, chops and steaks.

Attentions begin now to turn to the all-important Christmas season. Andy Crossan, strategic insight director, Kantar, commented: “Smaller, more intimate Christmas eating occasions await us this year as it stands, so planning purchases is likely to be key for many - especially older – shoppers.

“This could present more opportunities for frozen meats to play a role in saving shoppers from having to go in-store late in the Christmas season. More manageable, smaller cuts which proved popular for Christmas 2019 are likely to gain traction too.”