Eating out flat as diners tighten wallets, not belts 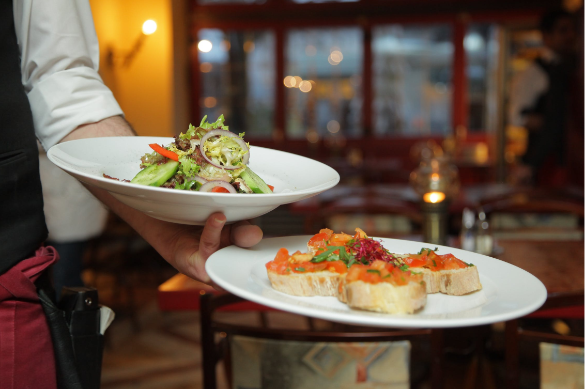 Growth in the out of home dining sector is flat at 0%, marking the first time there has been no increase in value sales since July 2016.  New data from Kantar* shows that declining consumer confidence and economic uncertainty has led to Brits becoming more price-savvy when it comes to eating out – a warning sign for the sector ahead of the traditionally quieter Christmas period.

On average, consumers made three fewer trips to any out of home outlet (including restaurants, cafés, bakeries, sandwich shops and supermarket ‘to go’ aisles) over the 12 weeks to 6 October 2019 than they did the same time last year.  Sit down restaurants found it most difficult to attract and retain customers, with sales declining by 9.9%.

While growth may be harder to come by, changing habits are also presenting opportunities and lessons for the sector.  The growth that does exist in the out of home dining market is largely down to a desire for ease and practicality.  As a result supermarkets, convenience retailers and quick-service restaurants all increased value sales in this 12-week period as consumers opted for meals that don’t eat into their day.  There were six million more ‘quick’ trips made this period and 83 million more which shoppers perceived as ‘easy to come by’.

Lucy Chapman, strategic insight director at Kantar, comments: “Three years of political and economic uncertainty have taken their toll on the British public.  Their behaviours and priorities have understandably changed and stalling market growth shows that things have come to a head.

“Meals out of home motivated by health reasons – often considered to be more expensive – have fallen by 1% in the past 12 weeks as price becomes more important for consumers.  This mirrors the patterns seen after the 2008 financial crash and are likely to continue, so the sector needs to tap into this shifting mood to stay relevant in the current market.”

While the frequency of eating out might be down in the current climate, people are more likely to have an occasional indulgence and meals bought as a treat or reward were up 6.6% in the past 12 weeks.   Lucy Chapman continues: “Consumers always want to have the option to treat themselves, regardless of budget.  However, we know that they’re also trading down – so those outlets at the lower end of the scale need to make sure they’re offering something that feels special.  This is especially true for the big high street chains that are showing signs of struggle, and who must not rely on the same menu for months at a time if they want to get people through the door – particularly as we head towards Christmas, which tends to be a quieter time for the sector.”

Find out more about our Out of Home service