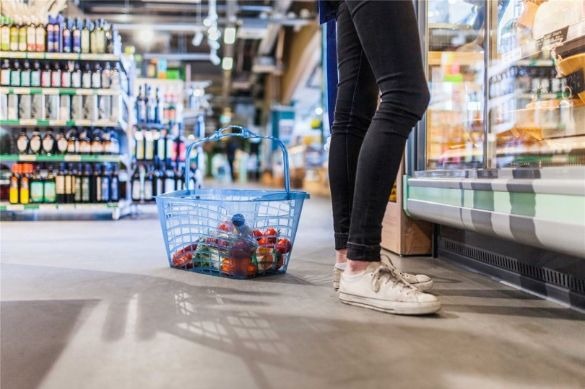 The latest figures from Kantar show that growth in the Irish grocery market remained at 2.7% during the 12 weeks to 8 September 2019, as shoppers stocked up on September staples.

Charlotte Scott, consumer insight director at Kantar, comments: “When summer draws to a close people return to their normal routines and their shopping habits shift accordingly.  Children are back at school and parents needing easy breakfast and packed-lunch options have boosted sales of cereals, yoghurts and bread by 14%, 10% and 6% respectively during the past four weeks, compared with the month before.

“If you’re one of the people that feels like Christmas starts earlier and earlier each year – you might be right.  With less than 100 days to go until the big day, retailers have been ramping up their festive activity with deals on seasonal chocolates including advent calendars.  Sales of chocolate boxes and gifts were 65% higher than the previous four weeks as people took the opportunity to get a head start on their shopping.”

Tesco and SuperValu are neck-and-neck with 21.4% market share this month.  Charlotte Scott explains: “SuperValu has returned to growth following two periods of negative growth and these 12 weeks represent its slowest share decline since September 2018.  Following a similar trend to the overall market, its shoppers have been making fewer, larger shops and taking home nearly one more item on average per trip.

“Meanwhile, Tesco’s sales decline softened to 0.5% as volume sales moved into growth, up 0.9% compared with last year.  It might be too soon to call these improved performances from Tesco and SuperValu a fightback, but it will be welcome news given the recent success of Dunnes, Aldi and Lidl. Looking ahead to next month, it’s likely that this will contribute to all retailers being in growth for the first time since June.”

Aldi increased its market share this period while posting growth of 11.4%.  As well as attracting new shoppers, Aldi is another retailer successfully encouraging bigger shops.  With each customer now picking up 19.7 items each visit, Aldi is clipping at the heels of Dunnes where the average is 20 – the highest in the market.

Dunnes achieved the second fastest growth during the past 12 weeks at 5.8%.  Charlotte Scott explains: “Dunnes attracted an additional 38,000 shoppers compared with this time last year.  If there was one negative in Dunnes’ report card it would be that customers are visiting its stores less often – but that decline remains marginal at 0.3%.”

While Lidl’s growth slowed to 4.1% it remains ahead of the market and has increased its share from 11.8% to 11.9%.  The retailer also performed well in some standout categories in the past 12 weeks – sales of frozen desserts were up 24%, despite declining by 4% in the wider market, and bread sales increased by 17%, compared with 2% across total grocers”.