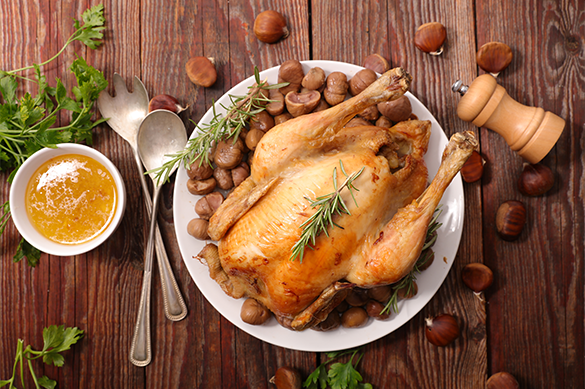 Despite retailers and shoppers getting into the festive spirit, the latest grocery market share figures from Kantar published today for the 12 weeks to 2 December 2018, show the sector is now growing at 2.0% – its slowest rate since March 2017.

Fraser McKevitt, head of retail and consumer insight at Kantar comments: “Consumers are benefiting from falling inflation.  It now stands at 1.6% – less than half the rate of inflation in December 2017, when it reached 3.6% – leading to a slowdown in the overall market.  Over the summer shoppers upped their weekly trips to the grocers as they took advantage of the hot weather, but with the mercury dropping the number of trips has tailed off – again contributing to waning market growth.”

Black Friday – which fell on 23 November – saw footfall to the entertainment, toy and electrical retailers nearly double, but had little impact on the supermarkets.  While the majority of households did take part in Black Friday, e-commerce trumped bricks-and-mortar shopping for non-FMCG products*.

Despite the grocery market slowdown, Christmas spending is still expected to break records.  Fraser McKevitt continues: “The last time Christmas Day fell on a Tuesday was in 2012 and the Saturday before was the busiest shopping day of the year.  We expect the same trend to hold true this year, with Saturday 22 December pulling in the last-minute Christmas crowds.

“Because of the way Christmas falls, grocers have an extra trading day this year meaning overall sales in December – up to and including Christmas Eve – could reach £10 billion.  Despite an uncertain political climate taking its toll on consumer confidence, shoppers are still willing to spend that little bit extra on more expensive goods.  Total premium own-label lines are growing at 5.5%, which could lead to record sales in this price tier of £1.1 billion over the 12-week period.”

There are already tell-tale signs of a bumper Christmas: over the month of November, sales of festive favourites jumped as shoppers began stocking up in preparation for Christmas.  More than one in eight households have already bought a Christmas pudding, while boxed chocolate and Brussel sprout sales have reached £292 million and £18 million respectively.

Meanwhile, the discounters continue to perform well, with both Aldi and Lidl experiencing double-digit growth over the last 12 weeks.  Fraser McKevitt adds: “Boosted by a number of store openings in November, Aldi maintained its position as the fastest-growing supermarket and saw its market share rise by 0.7 percentage points to 7.6%.  Lidl’s market share also jumped – up 0.5 percentage points to 5.6% – with sales of the supermarket’s premium Deluxe line experiencing particularly strong growth of 24%.”

Fraser McKevitt continues: “One of only three retailers to win market share this period, Co-op increased sales by 4.5% and attracted an additional 298,000 shoppers through its doors.  Meanwhile, Morrisons’ sales increase of 0.5% now marks two years of continual growth for the retailer, though compared with this time last year its market share has fallen by 0.1 percentage points.”

*Data on Black Friday is based on behavioural and questionnaire responses from a continuous panel of 38,643 adults (aged 18+) in Great Britain conducted by Kantar Worldpanel Plus through the Shoppix app. Data was analysed over the 16 weeks to 25 November 2018.

Grocery inflation now stands at +1.6%† for the 12 week period ending 2 December 2018. Prices have been rising since the 12 weeks to 1 January 2017, following a period of grocery price deflation which ran for 30 consecutive periods from September 2014 to December 2016. Prices are rising fastest in markets such as cola, sparkling wine and dog food, while falling in fresh pork, ambient cooking sauces and fruit.