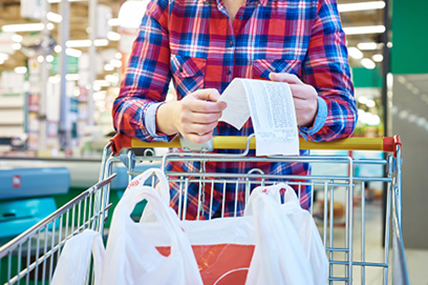 The latest grocery market share figures from Kantar Worldpanel, published today for the 12 weeks ending 22 April 2018, show the Irish grocery market continuing to perform strongly, with overall sales up 3.1% on last year.  SuperValu has returned to pole position with a 22.3% share of the market, the first time the retailer has held top spot alone since July 2017.  Tesco and Dunnes follow closely in second and third with 22.2% and 21.9% share of the market respectively.

Douglas Faughnan, consumer insight director at Kantar Worldpanel, comments: “SuperValu has attracted more shoppers through its doors and persuaded its customers to buy more items per trip.  In addition, while performance remains strong in its Munster heartland, SuperValu’s growth in the capital is particularly noteworthy.  The retailer’s sales in Dublin grew 4.5% compared to last year, second only to Tesco which saw growth of 7.4% in the city.

“Tesco has continued to build on its strong start to 2018.  Overall sales are up by 6.1%, almost twice that of the market as a whole.  While Tesco’s performance in Dublin is strong the rest of Leinster contributed the most to growth, with the retailer’s share jumping from 26.1% to 28%.  In contrast, Dunnes’ impressive share growth in Connaught and Ulster was offset by a drop in the Dublin region, where share fell from 26.2% to 24.8%.”

Lidl and Aldi were the second and third fastest growing retailers this period, with sales up 4.2% and 3.0% respectively.  Lidl’s growth was predominantly driven by its sales in Leinster (excluding Dublin), whereas Aldi experienced a strong 12 weeks in Munster, Connaught and Ulster.

Douglas Faughnan continues: “Over the past 12 months Irish households have consolidated their spend, relying more heavily on their preferred retailer.  This effectively means that most of the grocers were seeing fewer shoppers through their doors. However, this period marks a notable turnaround with Tesco, SuperValu, Aldi and Lidl all attracting more shoppers than they did a year ago.  A 3.1% increase in the number of shoppers visiting Tesco generated additional revenue of €13 million and contributed significantly to the retailer’s overall performance.  Although increased shopper numbers driving growth for the other retailers was less significant, it does mark a reversal in recent shopper behaviour.”

Frozen food sales proved a lucrative source of revenue for the traditional retailers.  Sales of frozen food at Tesco, SuperValu and Dunnes outpaced those off fresh, chilled and ambient food and drink while overall frozen sales rose 7.3%, in line with Iceland’s continued expansion in Ireland.  The British retailer has attained a 6.3% share of frozen sales, driven by increased footfall through further store openings.