Packaged drink needs a new way to look at the race 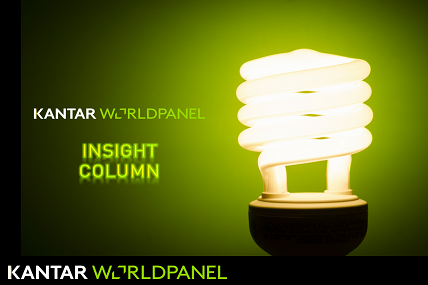 Taiwanese clearly loves their cuppa of takeaway drink, with its buyers has already exceeding 11 million, meaning half of the Taiwanese population has made a purchase in the last year, according to Kantar Worldpanel Taiwan’s latest study.  Study also showed that the market size of the takeaway cup sector now takes up 47% of the total beverage market, while posing serious threat to the packaged drink sector, how is the takeaway cup impacting the overall beverage market? And what should the packaged drink sector do to fend off this threat, and manage to walk a new path?

Fresh and pretty, attract attention by look fab inside & out
Takeaway coffee’s growth was mainly lead by the two CVS giant, 7-Eleven and Family Mart, where a combination of marketing elements including creative coffee aesthetics contents spread via social media, and the second cup sales promotion helped attracting close to 8 million buyers, and each individual will buy an average of 80 cups of coffee per year, demonstrating takeaway coffee’s strong demand.  In the contrary, the growth of chained coffee stores such as Starbucks has been limited amid the strong competition from CVS coffee.

On the other hand, takeaway tea is making a come back from the food safety crisis in ’15, and has been placing their focus on the product both ‘inside and out’, including emphasis on high quality ingredient such as freshly made tapioca, or the mesmerizing butterfly pea flower drinks, combined with innovative in-store and container design, which lead to great popularity amongst consumers despite a much higher pricing.

Active new product launch from packaged drinks to fend of takeaway market threat
Summer has always been the peak season for new product launches, but the number for 2016 has increased by 1.8 times compared to three years ago amid the threat from takeaway cup market.  In 2016, the RTD tea, juice and carbonated drinks alone saw 283 new product launches, meaning a new drink was introduced every 1.3 days.  Amongst these new launches, 60% was concentrated in the first half of the year, therefore to have the consumers ‘focus’ on your products, well thought out new product communication and marketing investment are vital in the success of new product launches.

Customers are not loyal, innovation is vital to reach out to more buyers
For sales to grow, one either considers buyer recruitment or up the current buyers basket size.  But from Kantar Worldpanel Taiwan’s long term observation of more than 150 FMCG categories, one definite conclusion that came out was that the brand that grew the most is almost always contributed by the new buyers.  Brand with growing sales, 60% of the consumers will be new to the brand; therefore for brands to grow, new buyer recruitment is crucial; and here are some of the success stories from the beverage market:

1. Create new product demand, satisfy needs from wider occasions
In the past when we think of coconut water, it is always considered as one of the best chilling beverage during the summer time.  But in recent years, the brand is also start to place more emphasis on its nutritional (rich in mineral) and rehydration capability (electrolyte) capability, and marketing it as a beneficial sports drink.  Combined with collaboration with various sports events, this has successfully grew the coconut water’s buyer numbers by 1.5 times compared to the previous year.

2. Cross category success by leveraging on brand loyalty
Bifido has build a strong name for itself with its long term success in the fermented drink market.  Recent years, Bifido has also begin to reach out to other product types, starting with the Bifido gummy in ’14, and this year they introduced the Bifido icy-pole.  By using the same package layout to reinforce Bifido’s brand name and expertise in the probiotics field, Kantar Worldpanel’s data has shown that Bifido was successful in recruiting an extra 410 thousand new household buyers, an equivalent of extra 20 million NTD in sales revenue.  Coca Cola is another successful example using similar strategy, by leveraging it brand equity build through the original green tea product, they were able to recruit more brand buyers when introducing the new Ceylon black tea.

3. Creative and varied package design to attract different demographic profile
In the past, 純粹喝, with its simple no fuss design, focused white collar workers as their key target buyer.  But now, with new products and a macaron color palette, they were to cause a stir amongst the younger generations, coupled with sharing through online social network, 純粹喝 was able to double their buyer base, and successfully recruiting the younger generation, with over 50% of the new buyers being those age under 35.  Hey Song’s Sarsparilla light is also another good example in ‘out with the old and in with the new’, with their re-invention of the traditional package design.

4. Expand into different channels and market, reach out to potential customers
Lipton has long ruled the RTD milk tea with its tetra pak package.  Last summer they introduced the first PET bottle package, in an effort to fight for more shelf space at CVS, as well as reaching out to a wider variety of buyers in hyper, supermarket and PX Mart.  Riding on the wave of success, Lipton introduced their second PET product this year, and according to Kantar Worldpanel’s observation has already helped Lipton gained 1.55 million buyers in the two short years time, and sales revenue growth of almost 200 million NTD.

With brand manufacturers facing strong competition from the takeaway cup market, despite the immense budget pressure, they should still work on communicate smartly with the consumers, whether from product quality/quantity, or outer package design, the ultimate goal is always to seek growth in brand penetration.  Still, how can the packaged drink sector break out a new way to regain their position in the market remains to be seen.