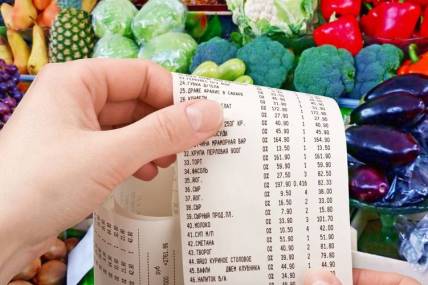 2012 had been a difficult year across the globe, and Taiwan was no exception. Although things begin to look up in ‘12Q4, there were still speculations whether this momentum can continue into 2013, and the result of ‘13Q1 Taiwan statistics only raised further questions; While less business days arising from Lunar New Year had adverse impact on the numbers, rising cost from petrol, gas and dining out also continued to add pressure on Taiwanese households. On the other hand, positive outcomes were observed from stable import/export performance, growing retail & hospitality industry and stable employment market. Encouraging as this may be, the mixed performances also makes it more difficult to predict what will happen in the near future.

Despite the economic uncertainty, the FMCG market continued to remain strong. Kantar Worldpanel discovered that amid the roller coaster economic performance for the past two years, Taiwan’s FMCG still achieved 9% value growth in 2012, and even the continual increase in CPI for ’13Q1 could not falter the overall demand, demonstrating Taiwan household’s willingness to invest in purchases related to daily necessities.

Despite consumer’s willingness to spend, Kantar Worldpanel still observed a change in shopper’s behaviour, where Taiwan’s consumers are shopping smaller portions each time, but increasing the number of shopping trips. Kantar Worldpanel’s data found that in 2012, Taiwanese household’s annual purchase frequency still increased by 7 times compared to 2011. This is equivalent of 7.99 million shopper traffic, a new record high for the past 7 years! Going into ‘13Q1, this trend continued. If based on an average household basket value of TWD414, every extra shopping trip by the 8 million Taiwanese household creates a whopping 3.3 billion in market value! Several causes may be behind this change, one being that shoppers are becoming smarter and selecting the best time to buy; Another one being that increasingly concentrated number of modern trade chain stores (i.e. PX Mart and CVS) and wider range of service offerings (e.g. cooked meals & dining space) made shopping more convenient than ever, and also enhanced shopper’s willingness to come in-store to browse.

Nowadays, Taiwanese greatly value their quality of life and personal welfare, even as they continue to age, one still hopes that they remain their youthful self in both looks and energy. Hence categories related to ‘self-indulgence’ and ‘health’ remains hot on the best-selling list. Kantar Worldpanel discovered that even during the time of uncertainty, Taiwanese are still inclined to make investment that better take care of themselves, examples like coffee (instant +13%, grounded +19%*) were observed to show significant growth compared to previous year.

Emphasis on quality of life has also driven demand for high price products in several categories, including hair care and fabric cleaner. Increasing preference for high-quality hair care saw products that are priced at 1.5 times above market average being the key driver behind this category’s growth. As for the fabric cleaner, it was the growing organic, eco-friendly conscience from consumers that drove the need for higher priced natural, organic products.

In terms of Channel, Costco, PX Mart and CVS contributed the majority of shopper traffic growth. As the competition remained fierce, retailers are now placing more focus on building their own unique trait in order to differentiate themselves from their competitors. Successful examples include PX Mart’s aggressive store number expansion plan while increasing the range of service offerings; CVS with its continuation of hybrid store renovation to create more extra added value, and this effort was reflected in Kantar Worldpanel’s data, showing both channels had successfully attracted more shopping traffic in the past year. Hyper continued to be sandwich in between, with both penetration and basket size on the decline. Costco, the only exception amongst its Hyper competitors, whose share has now surpassed RT Mart, officially becoming the 3rd largest retailer in Taiwan. Even with only 9 stores, Costco’s practice of membership and product offering strategy remained the core reason of their success, with 2013 expected to be another strong year for Costco, as more store openings are in plan.

Also not to be ignored is Online shopping, according to Kantar Worldpanel’s data, it was found that in 2012 Taiwan’s online shopping household penetration has exceed 30% for the first time, and at this rate, is expected to surpass 50% in less than 3 years!

Looking forward to the second half of 2013, manufacturer’s channel strategy will be crucial towards their brand’s sales performance. With competition remaining fierce on the retailer front, how to get a good hold on what consumers want will be the key to success, and several retailers have already announced in advance of their strategy to win this battle, such as Watsons’ attempt to strengthen in-store segmentation, CVS’s hybrid store form, PX Mart and Costco continuing with their chain store expansion etc. It is expected that this will bring on another fierce combat in this retailer’s battle for survival. And how to co-work with these retailers, and sell your product multiple ways is something important to think about.