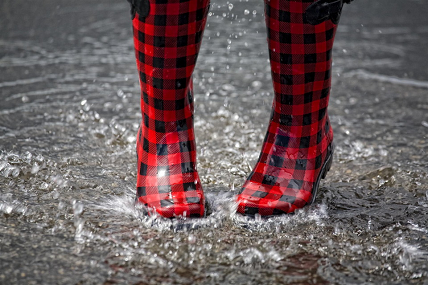 In a recent report (2014/12/4) released by Taiwan’s Fair Trade Commission on the 2013 performance of convenience stores (CVS), which stated that Taiwan’s CVS is showing a 2% decline in shopping traffic, the first decline in past 5 years. World leading research agency Kantar Worldpanel also observed trends of CVS decline in the food market* from their latest report, and after some in-depth research, discovered that other than the food safety incidents, it was leading FMCG retailer PX mart’s new branding strategy and the rise of fresh takeout food that are responsible for this outcome.

Kantar Worldpanel pointed out that for the past year**, the string of food safety incidents had clearly influenced consumer’s behaviour to lean towards the conservative end, where they not only cut back on purchase of non-necessities, number of shopping trips had also declined; and like many other key retailers, CVS also suffered from decline in shopping population.

15% of CVS lost sales has gone to PX mart

At the same time, leading FMCG retailer PX mart is not only aggressively expanding their store numbers, but also increasing their offerings to include more healthy, fresh produce and greater shopping convenience, which in turn helped attract young age shoppers of under 35, and repositioned themselves from a traditional store to modern trade supermarket. The strategy also proved to have a great impact on the CVS sales, where 15% of the lost sales for the past year went to PX mart, with dairy products, frozen food, beverage, biscuits and snacks amongst the most affected categories for CVS.

CVS beverage sales declined by 9%! Freshly made takeaway cups to be responsible

Other than the impact from PX mart, takeaway cups is another major factor behind the decline of CVS performance; Takeaway cups are freshly made and customized to each consumer’s taste, and these traits satisfies the consumer’s needs for fresh, safe and good tasting food nowadays. Kantar Worldpanel found that for the past year, CVS’s beverage had declined a whopping 9% in sales, where 49% of these lost sales have switched to takeaway cups! On top of the beverage, takeaway cups is also impacting on the sales of snacks & biscuits. Kantar Worldpanel pointed out that when consumers are purchasing the snacks/biscuits, nearly 40% will also buy beverage at the same time, hence when the sales of beverage is impacted, it also started a chain reaction for related categories.

Nancy Chen, Kantar Worldpanel Taiwan’s Account Manager, explains “food safety, PX mart’s branding strategy and rise of takeaway cups market are all contributing to CVS’ decline. On top of that, CVS’ strategy in expanding cooked food section is also competing for sales with the packaged food section. Consumer’s need for fresh, healthy, and customization has set the wheels rolling for the evolution of retailers, including CVS. Hence it is expected that in the near future, packaged food performance is likely to further decline, therefore manufacturers will need to be prepared, that in the face of this trend, it is inevitable that certain categories may fall into a long term downward slope, and it will require manufacturers to plan and forecast more stringently on the future development of products, sales goal and resource allocation, and avoid over investment in the false hope that the market will one day return to previous peaks.”

*Food market refers to consumers goods including packaged food and beverage.
**The past year refers to 52 weeks ending 2014/11/30, and is being compared with the same time last year.

To quote from this article for any purpose, please specify the source is from Kantar Worldpanel Taiwan