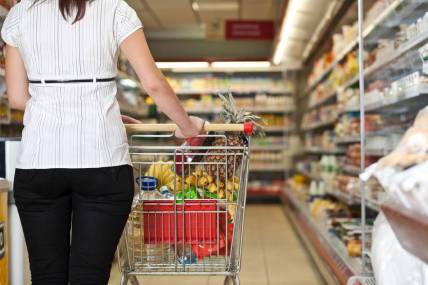 In year 2011, purchase frequency of Taiwan household on FMCG categories arrives at 93.3 trips a year, that’s equal to the extra 31.6 MILLIONS trips if compared to average before financial crisis. This indicated the shift of channel structure in this island!

Who’s driving the change? Data from Kantar Worldpanel indicates PX, Costco, and CVS contributed the most, as they share characteristics of price competitive and/or convenient that meets shoppers demand nowadays. People shop more frequently at these channels. Besides higher frequency, those channels as well attracted more shoppers in, so as to come up with the 62% of incremental shopping trips for the total Taiwan FMCG market.

PX mart has been aggressively reaching out and made the change of store choice of the Taiwan shoppers. With more than 600 stores, PX mart reached almost 90% households in 2011, attracting more shopping trips by its convenience. Did PX mart grow only from more traffic? Not exactly. Average spending of PX mart made 3 year consecutive growth to $348/purchase in 2011, that’s 43% higher than supermarket.

Where did PX mart gain from? What channels are threatened by PX? According to Kantar Worldpanel observations, Hyper and supermarkets were hit the most and squeezed to be less on market share. Switching Analysis of Kantar Worldpanel showed that PX has impacted more on hyper than on supermarkets. The leading account – Carrefour has received the biggest threat and kept losing on buyer, frequency, and basket size.

However, Costco is exception among hypermarkets breaking his way up. Costco gained share NOT from its famous basket size. Costco successfully attracted more and more households and enjoyed growth in penetration and frequency, making 68% growth on traffic from 2009 to 2011.

CVS is another important channel in Taiwan. With #1 density in the world, CVS is not content simply as “store next door”. Loyalty program (point collection), fresh made coffee, ticket service, seating & meal, CVS is marching into FMCG with private label and price promotion. CVS leveled its traffic up by 13% than 2 years ago.

Given such evolution of FMCG in Taiwan, retailing is getting more and more importance in pipeline. It is critical for manufacturers to have good relationship with retailers and yet avoid few dominant chains taking all the control (Imagine in Holland top 3 retailers account for more than 70% share). We believe competition and balance among retailers create most beneficial environment to both consumer & manufacturers. Kantar Worldpanel provides comprehensive channel overview and consumer insights. Do you want to know how you could support and collaborate with your retailer account for strategy development in order to achieve the win-win situation? Contact Kantar Worldpanel for more detail.

To quote data from this article for any purpose, please specify that the source is from "Kantar Worldpanel Taiwan"