Who has been cashing in on the warm winter? 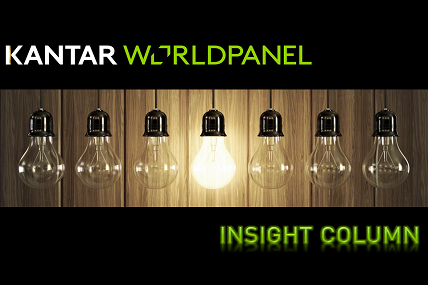 Taiwan’s warmest winter in 70 years has made a big impact on the FMCG manufacturers, rewarding some while throwing others into the ditch. The warmer weather is not just impacting on the layers of clothing one wears, but also on the way consumers are making their shopping choices, and with the inevitable climate change due to global warming, this impact is likely to stick around for good. While certain industries including frozen desserts and cold beverage are not complaining about the prolonged warm temperature, some others are clearly struggling with this unusual warm winter.

Low season not so low
Traditionally, frozen desserts such as ice cream doesn’t quite make it to the top of people’s shopping list during winter time, but with the climate changes stretching winter into a long spring-like season, frozen dessert sales have continued to warm up for the usually low sales season. Kantar Worldpanel Taiwan observed that other than the cold winter in 2015, the winter sales for frozen dessert have been strengthening year by year, and penetration reaching a new high in 2016Q4, with 12% of the consumers still making purchase during winter, and growing sales of +46% compare to the previous winter.

Cold beverage is another industry that enjoyed sales growth due to the prolonged peak season. Beer for one enjoyed growing penetration, ready-to-drink tea also stretched its seasonal cycle, with 2016 winter sales growing 19% compared to the previous year.

Also figuring out how to stay dry and smelling fresh in no longer a concern restricted to summer, the unusually warm winters have also been driving the demand for deodorant. In 2016, Deodorant’s winter sales have reached a new peak in 11 years, with its Q4 sales doubling that of 10 years ago.

As Taiwan’s consumers evolve with the climate change, retailers and manufacturers must remain agile in their market planning, and be aware as well as prepared for the sales potential of items that are traditionally weak during winter season. This include adequate stock management and well prepared marketing/sales support, in order to take advantage of the next stretching long warm season.

Peak season not peak-ing
While some categories enjoyed the prolonged warm weathers, there are also others that struggled, with one being the hot fusion drinks. Hot fusion drink is a highly seasonal category that relies heavily on the cold weathers to maintain yearly sales. However, with the seasonal changes now becoming less obvious, demand during the traditional peak season also withered over the years. Take 3-in-1 porridge for example, the category’s winter penetration has reached an all time low in 8 years, all the way from double digit to single digit, clearly reflecting consumer’s decreasing demand for the hot fusion products.

Consumers have also been cutting back on the purchase for moisturizing products, with the warmer weather aiding in the decrease of dry, itchy skin, causing the body moisturizer’s winter penetration to reach a 7 year low, which is a drop of 5-7% compared to 3 years ago, an equivalent of 450 thousand households!

With the effect of climate change, items that rely on the aid of seasonal changes for sales must now challenge traditional thinking, and create new usage occasions in order to beat the impact of blurring weather changes. One good example being the hot fusion category, where manufacturers have already released products that can be made with cold milk or ice water. Or instead of the traditional creamy, sticky texture, body moisturizers can consider a more refreshing gel form, to entice the consumers to continue their seasonal body care. With the odd, warm winters now becoming the norm, how else can one uncover the hidden sales potential is something essential for the FMCG companies to think about.

*Definition of Winter is Kantar Worldpanel’s P11-P13, ie. beginning to October to the end of December