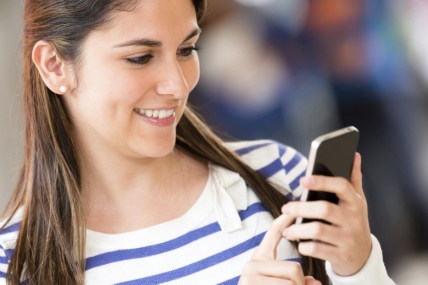 The latest smartphone sales data from Kantar Worldpanel ComTech, for the three months to July 2013, shows Windows Phone has posted its highest ever level of 8.2% across the five major European markets*, emerging as a key player in the smartphone race.

Dominic Sunnebo, strategic insight director at Kantar Worldpanel ComTech, comments: “Android and Apple take the lion’s share of the headlines and continue to dominate smartphone sales, so it’s easy to forget that there is a third operating system emerging as a real adversary. Windows Phone, driven largely by lower priced Nokia smartphones such as the Lumia 520, now represents around one in 10 smartphone sales in Britain, France, Germany and Mexico. For the first time the platform has claimed the number two spot in a major world market, taking 11.6% of sales in Mexico.”

Windows Phone’s growth isn’t coming from stealing Apple or Android consumers. Only 27% of Apple and Android users change their OS when they replace their handset, and those that do switch tend to move between the two big operating systems.

Dominic continues: “Windows Phone’s success has been in convincing first time smartphone buyers to choose one of its devices with 42% of sales over the past year coming from existing featurephone owners. This is a much higher proportion than Android and iOS. The Lumia 520 is hitting a sweet spot, offering the price and quality that new smartphone buyers are looking for.

“Featurephone owners present a huge opportunity, representing more than half of all mobile users globally** and this will be the new battleground over the next year. With the iPhone 4 and lower end or older Samsung Galaxy models selling well among first time smartphone owners, there is plenty of competition for these customers. The brands that win in this segment will be those that understand and address the needs of consumers in terms of price, content, and quality.”

Globally, Apple and Android continue to dominate sales, but there are interesting regional patterns emerging. Android is far stronger across the major European markets and China where it accounted for around 70% of smartphone sales during the past quarter.

Apple continues to perform very well in the USA where it has grown its share to 43.4% of sales. It is also continuing to show strong year on year growth in Britain, France and Mexico. Sunnebo explains: “Apple and Android must focus on a balance between retaining existing customers and attracting featurephone owners to trade up if they want to continue their success over the next year.”

Following a difficult year, BlackBerry now accounts for just 2.4% of sales across the big five European markets* and 1.2% in the United States.

Smartphone % penetration in Great Britain stands at 66% in July, with 85% of devices sold in the past three months being smartphones.