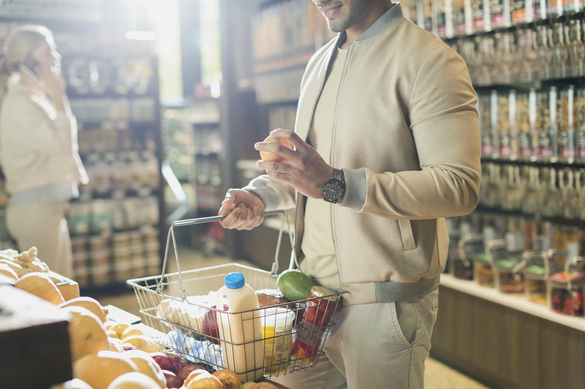 The latest figures from Kantar show the Irish grocery market experienced its busiest ever period over the 12 weeks to 22 March 2020 – increasing year-on-year sales by 10.1%.  Growth in the four weeks to 22 March was nearly three times higher, with shopper spend up 27%, making March the biggest month of grocery sales ever recorded.

David Berry, commercial director at Kantar, comments: “Over the past month we have faced profound changes to our daily lives as a result of the need for social distancing, impacting the way we work, shop and socialise.  Retailers and their staff have risen to an enormous challenge since restrictions on movement were announced on 12 March.  They have been on the frontline as households across Ireland prepared to spend more time at home, with more mouths to feed.”

Grocery sales reached €2.8 billion in the past four weeks – topping last year by €250 million and exceeding the previous peak seen at Christmas 2019.  The average household spent an additional €122 on groceries during the four weeks to 22 March, largely driven by shoppers making bigger trips.  Last year, 15% of households made a shopping trip containing €120 or more of groceries – this year that figure almost doubled to 27%.

At the top of the list for many shoppers were personal hygiene products and non-perishable foods.  David Berry continues: “The products demonstrating the strongest growth show a country putting health, hygiene and practicality first.  Sales of hand soap rose by 300% and household cleaners were up by 170% in the four weeks to 22 March.  Facial tissues and loo roll were also in demand, with sales up by 140% and 86% respectively.

“Looking at our food choices, items with a longer shelf life saw the biggest uplift, as sales of frozen and ambient foods, meaning those that can be stored at room temperature, increased by 32%.  By comparison, demand for fresh food has been more modest – growing by 16% over the last four weeks.  While we’d expect sales to remain strong in the coming weeks and months, there will likely be a rebalancing of sales of fresh and non-perishable items as shoppers with full freezers and cupboards replenish fresh supplies.”

More households than ever before placed an online order in the four weeks to 22 March 2020, with approximately one in 10 households taking advantage of the service.  This represents 25,000 more shoppers purchasing groceries online than last Christmas, the previous peak, and 54,000 more than the same period in 2019.

All of the country’s main grocery retailers were simultaneously in growth over the 12-week period as sales were boosted by unprecedented levels of demand.

David Berry comments: “All the major retailers have adapted to rapidly changing circumstances, with teams working hard to keep shelves stocked during an incredibly busy time.”

Lidl was the fastest growing of all the retailers during the 12 weeks, boosting sales by 14.7% and increasing its market share to 12.3%.  Aldi matched Lidl’s market share and grew sales by 11.9%.

Register for the webinar