2018: A year of record lows and all-time highs in Latam 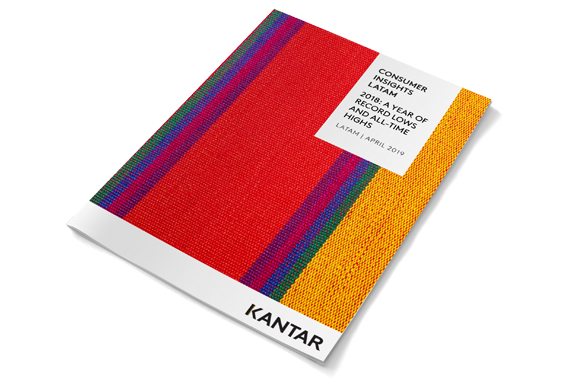 Latin America’s FMCG industry ended 2018 at a low point. Q4 was the third consecutive quarter to record a drop in consumption across the region, with shoppers buying 0.9% less than they did in Q4 2017.

The continuing downward trend in volume sales is playing out against a backdrop of continued high unemployment – 8.5% in Latam, compared with 5% globally – and GDP growth that reached 2.7%, slower than the global figure of 3.9%. This growth was driven by Brazil, Chile, Colombia and Peru. 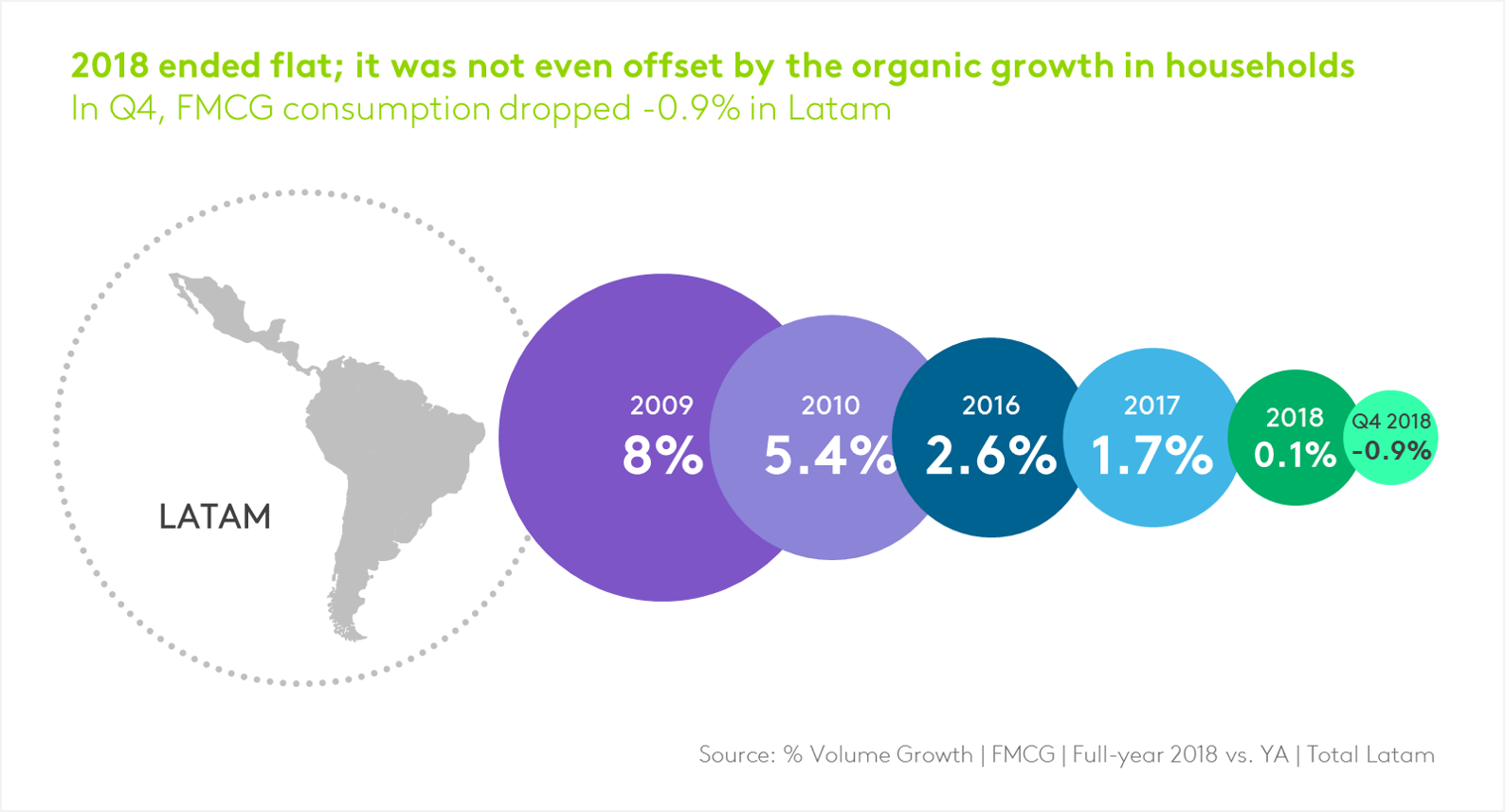 As a result of the end of year decline, when we look at 2018 as a whole FMCG consumption was flat.

Volume sales failed to increase for the first time in 10 years, despite the increase in population. Nonetheless, households spent 3.9% more than they did in 2017, due to price increases – a ‘curse word’ for anyone who manages their household’s income. The rise in value sales was slower than it has been in previous quarters, however, due to shoppers changing the brands and channels they chose in a quest to save money. Zooming in to look at the trends on a country level, grocery consumption declined in Argentina, Mexico, Peru and Central America. The picture was a little more positive in Chile, Bolivia, Colombia and Ecuador – though growth rates were still low, with Ecuador highest at 4%. Brazil ended the year on a negative trend, dropping -0.4% in volume, with out-of-home consumption of foods and beverages particularly hard hit with a drop of 4%. 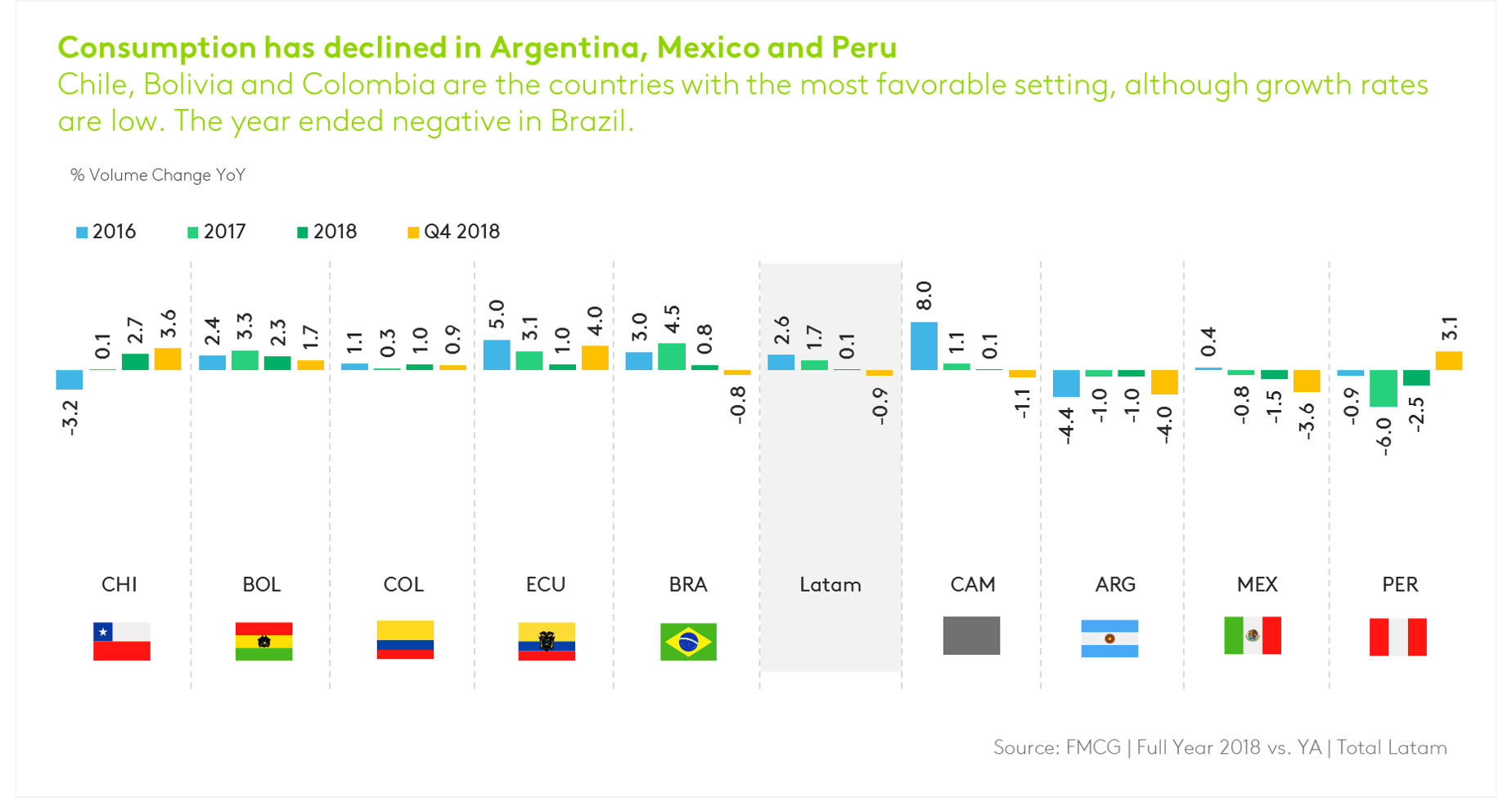