5 things about out of home market in China 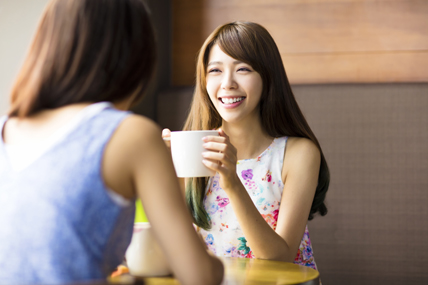 With the change of lifestyles and higher level of mobility, the Out of Home (OOH) market in China is becoming increasingly important. Residents in major cities spend on average 60-90 minutes commuting every day, and are spending more time exercising and enjoying entertainment out of home, bringing more sales opportunities for product categories such as beverages and snacks. Kantar Worldpanel reveals the following five key insights relating to the OOH market in China.

#1: We spend more money out of home than in home for beverage and snack categories. OOH shopping is estimated to worth as much as RMB220 billion annually, across 27 major cities in China. This is three times the spending for the same categories purchased for family consumption. Since people are spending more and more time out of home, we could expect further growth in the next few years. Exercise and entertainment would bring fast growing opportunities as both gym-goers and movie-goers saw rapid growth in the past years.

#2: Age and gender matter! Most marketers now focus their attention on post 90s consumers. Post 90s consumers tend to purchase very often but with low spending per trip as they like to try as many products as they can. However, as people grow older, they purchase less often but tend to spend more on each occasion.

Age and gender also matter for certain categories. We find more males prefer to buy beverages than females. Differences also emerge within males by age groups. For example, post 90s consumers prefer RTD tea, post 80s prefer carbonated soft drinks, post 70s prefer functional drinks and post 60s prefer beer. However, some categories are preferred by both genders when they grow old. Beer is one of them and is highly preferred by post 60s, regardless of gender. Mature consumers form the core of on-premise coffee consumers. 75% of on-premise coffee value is contributed by post 70s and 80s consumers.

#3: Sharing is a traditional Chinese habit. For all the OOH shopping occasions, 39 out of 100 are made for sharing. The older people get, the more likely they are to spend for sharing. For post 60s consumers, the occasions they spend on sharing even exceed self-consumption. This may explain why mature men have become so popular in the recent years. In the battle between mature men and younger men, mature men win for their generosity. Nearly half of their purchases are made for sharing. Beer is the category highly regarded for sharing. It is a category advocating “more people, more fun.” Most of the time, beer will be shared amongst 4 to 8 people. Among all the major beer brands, Qingdao is the one successfully winning the sharing occasion with their emphasis on “togetherness.” Chocolate is another category with a high level of sharing occasions. Different from beer, intimacy matters when sharing chocolate. 60% of the sharing occasions happen among less than 3 people.

#4: Convenience stores (CVS) are a key channel for OOH purchases. In Q1 2015, CVS already attracted 90% of the population in the top 27 cities population, with average purchase frequency of 10 times. Between 2003 and 2013, the number of CVS grew from 3,285 stores to 23,725 stores. We can expect the growth to continue with the channel expanding to more cities. It is critical for brands to work closely with CVS customers to maximize brands’ reach points for out of home occasions.

#5: Linking your brand to specific OOH occasions make your brand stand out among competitors. Snickers is one of the chocolate brands showing stronger performance in the out-of-home market than the in-home market. When being asked why shoppers chose Snickers, “satisfying hunger” is a strong attribute coming out, in contrast to “treat myself” for many other brands. At the same time, to further enhance the communication on “satisfying hunger during work-outs” Snickers sponsors a lot of outdoor activities. This also rides on the increasing trend for working-out in China which can in turn drive Snickers’ business out of home.