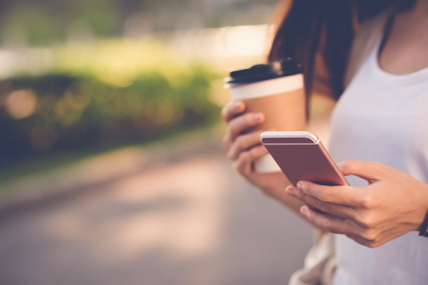 Google’s hardware launch event on October 4 unveiled a host of new devices, most powered in some way by Google’s AI machine or Google Assistant. The slogan “Made by Google” signifies Google’s new strategy of devices conceptualized, designed, built, and tested by the Alphabet brand, and is their first significant push into the hardware business – Chromecast, Pixel C, and Nexus Q aside.

The star of the day, in many folks’ minds, was Google Home, competing with Alexa and the Amazon Echo. But, we are here to focus on the Pixel and Pixel XL, Google’s first flagship smartphone line.

Before Pixel was Nexus, a series of phones designed and manufactured by Google in partnership with brands like Samsung, LG, Motorola, and Huawei. The Nexus series offered a more purely Android experience with no added bloatware, and promised updates to Android as soon as they were available.

Most Nexus devices were sold through carriers and Google’s online store, although fans of the line would say it was better to buy direct from Google, since carrier devices were often locked to the carrier or featured some sort of annoying, carrier-installed software. The most infamous example of this was the Verizon Galaxy Nexus, where customers reported that new features and updates were slow to be delivered.

Last year’s Huawei 6P and LG 5X were unlocked and available exclusively online, with the top of the line selling for $549 for a 64GB Nexus 6P. They would seem to make an appealing choice, but most consumers outside the tech community paid little attention to them.

The majority of consumers continue to purchase devices in brick-and-mortar stores (59% in the three months ending August 2016), and almost entirely through carrier stores (71% of in-store purchases were made from a carrier). Nexus-branded phones accounted for 1% of sales during the 12 months ending August 2016, and represented just over 1% of all smartphones owned in the US market.

This brings us back to the launch of the Pixel and Pixel XL. They are ostensibly made by Google, although HTC manufactures them, as does Foxconn with Apple iPhones, and they are intended to compete with other flagships like the iPhone 7 and Galaxy Note 7.

The Pixel announcement could not have come at a better time for Google, with Samsung permanently halting production of the beleaguered Galaxy Note 7 and instructing users to power down the device and stop using it. Carriers and retailers had already stopped sales and exchanges the Note 7 after a small number of replacements that had been considered safe caught fire.

Available exclusively from the Google store and through Verizon, the Pixel’s price mirrors that of the iPhone 7 and 7 Plus – $649 for the smaller version, and $769 for the larger one. You might be saying to yourself, “Oh man, that’s bad news for Apple!” And, while it does compete on many of the specs and pricing, it is more likely to steal share away from other Android brands, namely Samsung and Motorola.

Google also introduced Daydream VR, a direct competitor to Samsung’s Gear VR, undercutting it on price at $79 vs. $99, and touting a more comfortable and easier-to-use design than its all-plastic counterpart. Taking a note from Samsung’s playbook with the Galaxy S7, Daydream VR will come free to anyone who preordered a Pixel.

Pixel’s greatest impact may be felt by Motorola, which remains the fourth largest manufacturer in the US with 6% of smartphone sales in the three months ending August 2016, compared to Samsung at 34%, Apple at 31%, and LG at 13%.

Google’s move to give US sales exclusivity for Pixel to Verizon goes head-to-head with the Moto Droid Z and Motorola’s long partnership with that carrier. As this blog post was being uploaded, the front page of Verizon’s website showed the Pixel at the forefront, followed by Apple and Samsung, and with Moto relegated to the second page.

Verizon will also control the updates of the Pixel. Given their past experiences with the Verizon Galaxy Nexus, some consumers may question the virtues of Google’s new phone over other brands.

It is unlikely that Google’s first full-fledged foray into the handset business will result in a runaway success. While Google is a household name, their phones, at this stage, remain untested in the marketplace. At such a premium price, consumers may not understand the value of the Pixel over a similarly priced, well-tested iPhone or Galaxy. Some consumers, no doubt, will pick it up, love it, and recommend it to their friends.

All of this should make for an interesting holiday season. Next year, when one would expect the announcement of a follow-up to the first Pixel, Google may just take a big step towards becoming one of the largest digital device manufacturers in the US- but we don’t expect it to be a quick climb.