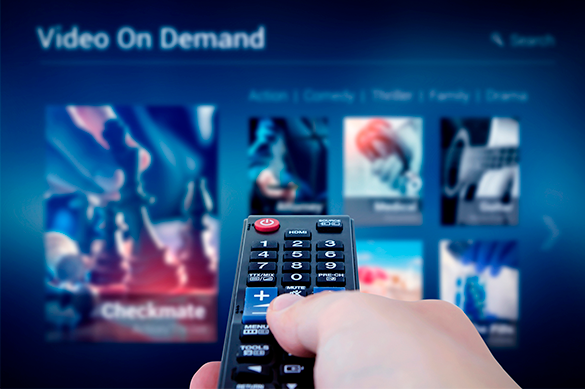 Our Entertainment on Demand service reveals the following consumer behaviours in the three months to September 2020:

Q3 saw a further drop in the number of GB households taking out a new SVoD subscription in the quarter to just 3.0%, or a little over one million, indicating consumers are tightening their belts as the economy comes under sustained pressure.

Amazon Prime Video continues to benefit from being integrated with Prime Membership, with Amazon Prime subscribers rising to 49.6% of households in Q3 2020, up from 45.0% in Q1. Amazon is driving the highest level of direct switching in the industry, with 14% of Prime Video subscribers transferring from another provider. Now TV has become a key source of new customer acquisition. The heavily promoted ‘The Boys Season 2’ came out as the #2 title most enjoyed across all SVoD subscribers in Q3 2020, helping boost Amazon further. An increase in satisfaction with the amount of original content and variety of TV series has helped Prime Video edge past Disney+ to become the #2 most recommended service, after Netflix.

The Fall from Netflix was the most enjoyed title across all SVoD services, with Lucifer, The Umbrella Academy and Ozark rounding out the most enjoyed SVoD titles in Q3, highlighting Netflix’s domination of top content. Bundle deals continue to be a driving force in Great Britain, making up 16.8% of all new SVoD subscription in the third quarter, with Netflix + Sky TV the most popular overall package, followed by O2 + Disney+ and BT TV + Now TV.

AppleTV+’s share of new SVoD subscribers stayed fairly flat at 2.7%, though overall subscriber numbers continue to edge up. Apple continues to play to its strengths and consumers rate the TV interface highly, but overall advocacy levels are brought down by more negative views on volume of new release films and number of classic movies. Planned cancellation is higher than the industry average and among those who plan to cancel, 52% state they are not prepared to pay once their free trial is over – a key challenge Apple is likely seeking to overcome by announcing a three month extension to the 12 month trial of AppleTV+ with a hardware purchase.

Disney+ has seen a distinct reduction in overall usage engagement as children returned to school, with the number of users classed as low intensity usage rising from 40% in Q1 2020 to 61% in Q3 2020. Disney+’s quarter-on-quarter churn rate in Great Britain is currently 7.8%, more than double Netflix at 3.0%. The Mandalorian continues to be a bright spot for Disney+, with 22.5% of new subscribers citing it as the key reason they subscribed. Mulan, which requires both a Disney+ subscription and a one-off payment of £19.99 to watch, was cited by 2.4% of subscribers, slightly lower than the equivalent for the USA.

Based on a longitudinal panel of 15,000 consumers and boosted by 2,500 new subscriber interviews each quarter, the Entertainment on Demand service is designed to help the broadcast industry and investors understand the full consumer journey for digital video subscription services.