Brazilians becoming savvy with their spending 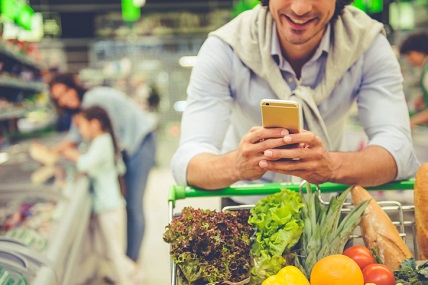 Household expenditure was greater than income in 2016 for 51% of Brazilian families.

For over half of Brazilian families (51%), household expenditure was greater than their household income in 2016. This is revealed by Holistic View, a Kantar Worldpanel analysis exploring recent consumer trends in Brazil.

Although the mean monthly income for Brazilian families was R$ 3,108 (US $976), the average household outgoings remained at R$ 3,159 (US $993), the same as the previous year. In this period, 27% of expenditure was on food and beverages (consumed in and out of home), hygiene and cleaning products; 33% was spent on rent, transportation, and public services; and 40% for other sectors, such as health, education, and leisure. Expenditure on public services didn't increase in 2016 as it had the previous year. Although to put this in perspective, in 2006 public services accounted for 10% of the average household budget, ten years later it has dropped to 7% of overall expenditure.

Those in the lower socio-economic group of DE felt the impact of this imbalance most keenly, as the average monthly income of R$ 1,922 (US $604) was exceeded by the total amount of household expenses of R$ 1,997 (US $628). However, Holistic View also established that for consumers with less buying power, mass consumption products played a more significant role in their overall household expenditure. With food and beverages consumed at home, hygiene, and cleaning products being the most important.

Only the socio-economic group AB does not consider eating at home a major expenditure, as it only accounts for 14.2% of household spending. Transportation remains the most important expenditure at 16.5%. In turn, for groups C and DE, it accounts for 21.6% and 26.2% of the total expenses.

Analysis of the previous year also reveals that the highest incomes are concentrated around the Central West, Grand São Paulo, and South regions; and that the highest levels of expenditure take place at Grand Rio de Janeiro and East regions, and inside Rio. Despite expenditure exceeding incomes, in this period, Brazilians resumed an activity that had been curtailed during the economic instability: eating out. The most commonly consumed foods include sandwiches, snacks, and appetizers, which played a major role in the recovery of the category. It seems dinner remains the one meal that still does not takes place outside home very often.

Communications are gaining importance for consumers. Last year, the average household spent R$ 969 (US $305) on cellular phones account/credit or purchasing a mobile device. In 2013, this expenditure was R$ 767 (US $241). Even among doubtful debtors, spending on communications increased 23%. As well as being used for phone calls, cell phones are increasingly being employed to exchange messages, access social networks, access information and search prices or for products on the internet.