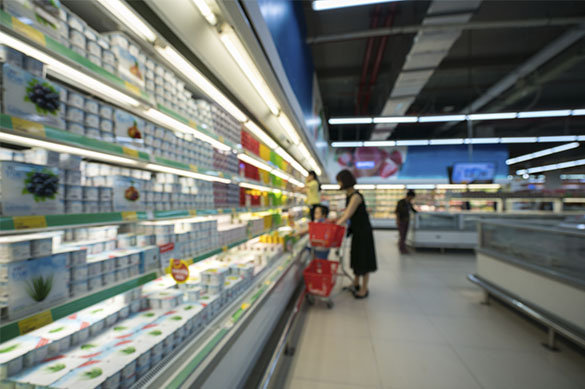 Being the market leader is the ultimate achievement for any retailer, but it is a hard position to maintain. The inevitable demographic and trend-based shifts that will occur over time can mean that the strategy which once worked so well no longer reaps the same results.

Saigon Co.op had for many years been the leading retailer in Vietnam. However, they were starting to suffer a decline in share. New competitors were entering the market, attracted by a young population with growing consumption needs and rising incomes. The retailer worked with Kantar to gain a better understanding of their customers’ changing needs. This revealed some key ways to reinvigorate growth which were highly successful.

THE NEED
REVERSING DECLINE
Saigon Co.op needed help to understand why their market share was declining. Their competitors were opening new stores and consistently winning more customers. They wanted to understand their shoppers better to know what they should change in order to grow again.

THE APPROACH
CHARACTERISING SHOPPERS
Kantar has had a household purchase panel in Vietnam since 2002. This makes it possible to look back at data over a long time period in order to understand how people shop and what has changed. In addition to reviewing data about purchase behaviour, shopper demographics and ownerships, specific questions were asked of the main shopper in each household to reveal more about their attitudes to the different retailers and to gauge their level of engagement towards them.

By combining these sources of intelligence and segmenting on shopping patterns and attitudes it was possible to identify specific groups of shoppers. There were three main drivers behind which retailer was chosen: the price the shopper was prepared to pay, how convenient the store was and the range on offer. Taking these drivers into account, the shopping behaviour of Vietnamese people was characterised across six unique types:

The team used this model to assess the strengths and weaknesses of the Saigon Co.op business. They discovered, when looking at the size of each segment and comparing it to the share held by the business, that the retailer was missing out on both premium shoppers in Ho Chi Minh city and convenience seekers in Hanoi. Both of these were sizeable and growing shopper groups that needed to be targeted for future growth.

THE IMPACT
PREMIUM FOCUS
Saigon Co.op were very receptive to these findings and took the decision to improve upon their offer across the board, both in terms of the stores themselves and the products that they stocked.

The business decided to launch a new, premium offer called Finelife to target high-income shoppers. They also expanded their presence in Hanoi with the opening of eight new mini-mart stores. Finally, the business developed a guidebook to be used across their network for internal communications to ensure they were talking to their target shoppers in a consistent and relevant way.

These actions are forecast to generate an additional USD 17 million in revenue for the business in the first year and are a clear sign that the Saigon Co.op is a reinvigorated business ready to move into the next exciting chapter of growth.