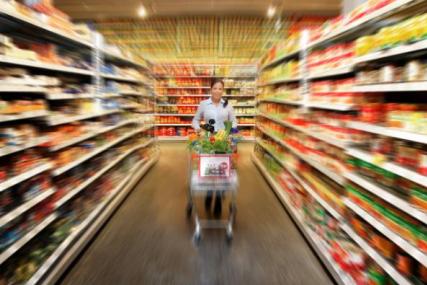 The Walmart Groupâs performance is still been slowed by the share decline of Trust-Mart but this banner has stabilised over the last two quarters.

Kantar Worldpanel, the global market leader in consumer purchasing and usage insights, reports 21% growth for the FMCG (Fast Moving Consumer Goods) market for the latest year up to 9th September 2011 compared to the same period a year ago. This has been driven by a number of factors including natural population growth due to urbanisation, increasing prices through both inflation and a move to more premium products in many categories and also through shoppers expanding their consumption. This level of growth is fairly consistent across all city tiers with the top tier cities (Shanghai, Beijing, Guangzhou and Chengdu) see slightly faster growth where the impact of premiumisation has been more significant.

CR Vanguard Group has been the star performer in the latest quarter seeing a 0.5ppt increase in value share. RT-Mart, combined with Auchan, remains the number one FMCG retail group in China with 8% of the National China market but growth has slowed over the last few quarters.

The Walmart Group’s performance is still been slowed by the share decline of Trust-Mart but this banner has stabilised over the last two quarters. The Walmart banner has had successful quarter, up 0.4ppt compared to the same period a year ago.

CR Vanguard was officially established in 1984 and now holds 6.8% value share of National Urban China’s FMCG modern trade market. The retailer had 2,689 stores in Mainland China at the end of 2010 and has an aggressive expansion program focusing on the lower tier cities by acquiring local reputable retail chains as well as opening completely new stores. The Kantar Worldpanel data to Q3 2011 shows that this strategy is paying off with CR Vanguard’s share increasing from 5.6% to 6.2% in prefecture cities and an even more impressive increase from 5.3% to 6.4% in county level cities which has been driven by both the ‘Vanguard’ and ‘Hua Run Su Guo’ banners. In the provincial capitals, where the group has its highest presence, share has also seen significant growth from 10.6% to 11.9%.

This is Walmart’s 15th year in China and initially the retailer was focused on growing presence in the top tier cities. More recently the group have focused on expanding the Walmart banner to the lower tier cities through their ‘compact hypermarket’ format which is targeted more to lower income shoppers. This strategy combined with their diverse private label offerings have delivered significant share growth for the retailer particularly in county level cities where share has increased from 2.7% to 4.7% in the latest quarter versus the same period a year ago. 8% of shoppers in county level cities visited a Walmart store in the last 3 months which is close the RT-Mart’s penetration of 11%, the number one modern trade retailer in county level cities. When looking at Tesco and Carrefour we see these two retailers are much more focused in the key cities (SH/BJ/GZ/CD). For example, Carrefour’s share is 10% in the key cities combined compared to just 2.1% in the prefecture cities. In order for these retailers to remain competitive and gain more of a foothold of China’s National market expansion into the lower tier cities may prove to be a successful strategy.