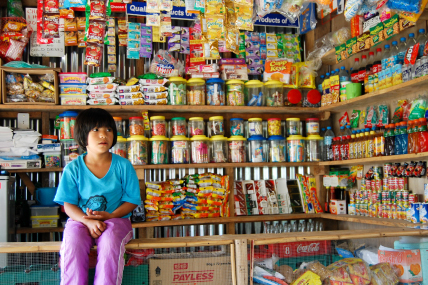 Chinese brand Master Kong hold No.1 for three years as China's most chosen FMCG brand.Mizone is the ranking's top riser.

In its latest annual study of China’s most chosen FMCG brands, Kantar Worldpanel has revealed that all of the top 10 brands are brands with Chinese origins, with Master Kong leading the way.

The 2015 Brand Footprint ranking reveals the brands that are being bought by more people, the most often in 35 countries around the world, across the food, beverage, health and beauty and homecare sectors. It uses an insightful metric called Consumer Reach Points which measures how many households around the world are buying a brand (its penetration) and how often (the number of times shoppers acquire the brand). It provides a true representation of shopper choice. 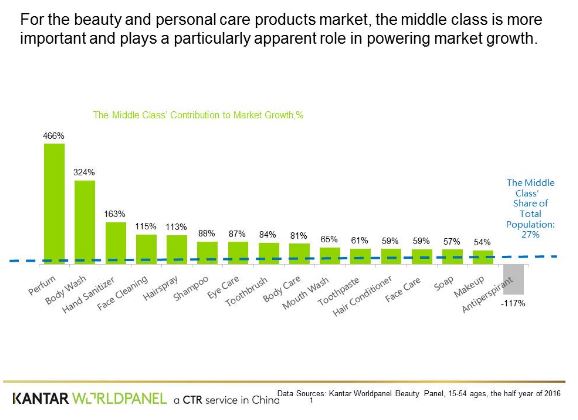 Master Kong, which heads the league in China, has seen its products bought an average of 8.8 times a year by 90.2% of the urban households. The extensive coverage of the brands has helped Master Kong to secure the top spot in the ranking for the third year in a row. The top three players, Master Kong, Yili and Mengniu, were chosen by Chinese shoppers more than 1 billion times last year. Among the top 10 brands, Shuanghui, Bright and Haday have advanced in the ranking.

Danone’s Mizone is the ranking’s top riser, growing its CRP by more than 20% year on year, adding 7.9 million new households to its shopper base. With consistent communication in recent years on daily restoration, together with geographic and range expansion, Mizone emerged as the top riser in 2014. It joins Bluemoon, Julebao, Sanquan and Space 7, as China’s top 5 fastest growing brands by CRP in 2014.

The Top 10 risers revealed by the Brand Footprint Report 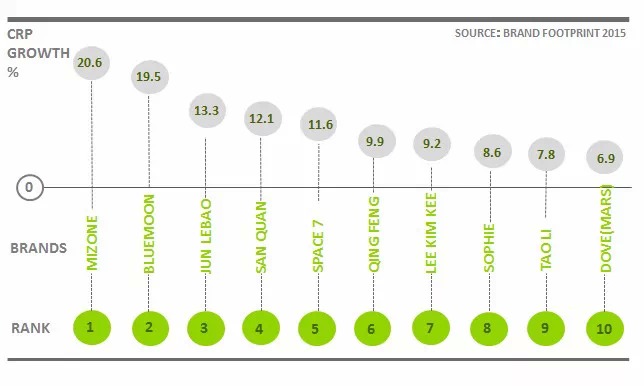 Jason Yu, General Manager of Kantar Worldpanel China, explains: “China’s FMCG market is getting increasingly tough as demand slows down and consumes are facing more brand choices and heavier promotion, both offline and online. However, it’s been another fantastic year for Chinese brands, which have outpaced a number of major global names as consumer favourites. All the domestic brands appearing in top 10 managed to secure their position through product innovation and geographic expansion.’’

“Chinese consumers, with rising disposable incomes, are increasingly willing to try high quality local brands which are also strengthening engagement with consumers through innovative product offer and healthy lifestyle propositions. Despite the challenging market demand, opportunities remain abundant for both Chinese and international brands to meet the changing needs of Chinese families, especially in the booming lower tier cities.’’

Kantar Worldpanel’s Brand Footprint is based on research from 63% of the global population; a total of 412 million households across 35 countries, and 68% of the global GDP. The complete ranking covers 11,000 brands, comprises over 200 FMCG categories tracked around the world by Kantar Worldpanel across the beverages, food, health and beauty, homecare, alcoholic drinks, confectionery and nappies sectors. The ranking is based on an innovative metric created by Kantar Worldpanel called Consumer Reach Points, which measures every time a consumer chooses a brand. The data for this year’s ranking was collected over the 52 week period between October 2013 and October 2014. All data relates to purchases that are brought into the home.