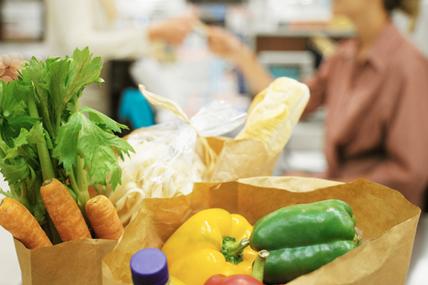 For the first time Dunnes Stores has held its position as Ireland’s largest grocer for two consecutive months. This is according to the latest supermarket share figures from Kantar Worldpanel in Ireland, published today for the 12 weeks ending 26 February 2017.

David Berry, director at Kantar Worldpanel, explains: “Dunnes’ shoppers are adding more to their baskets, helping the retailer to maintain the title of Ireland’s largest supermarket this month. The grocer’s “Shop & Save” initiative is continuing to influence customers, with the average basket featuring an extra one and a half items – an additional €3 per trip and €25 million for the retailer in the past 12 weeks.”

Sales at Dunnes grew by 4.6% and the retailer increased its market share to 22.9%, up from 22.5% last year.
David Berry continues: “SuperValu remains hot on the heels of Dunnes, with a 22.6% share of the market. The retailer also managed to convince shoppers to splash a little more cash. The average customer spent over €1 more per trip, causing sales to grow by 0.5% amounting to an extra €3 million for the grocer.

“With Supervalu planning to open three new stores and refurbish a host of others, the retailer will be expecting to experience a boost in sales later in the year.”

Following three months of steady growth, Tesco sales dropped by 1.0% as eleven days of staff strikes led to disruption for the retailer. Despite the industrial action only affecting eight stores there has been a clear impact on the retailer’s performance, with market share falling by 0.9 percentage points to 21.7%.

Aldi’s and Lidl’s success is continuing, with sales rising by 5.3% and 4.1% respectively. Over the past twelve weeks Aldi managed to attract an additional 20,000 customers into its stores, while also encouraging them to visit more frequently. Lidl’s uplift in sales enabled the retailer to increase its share of the market to 10.6%.