FMCG in Brazil remained challenging during 2018 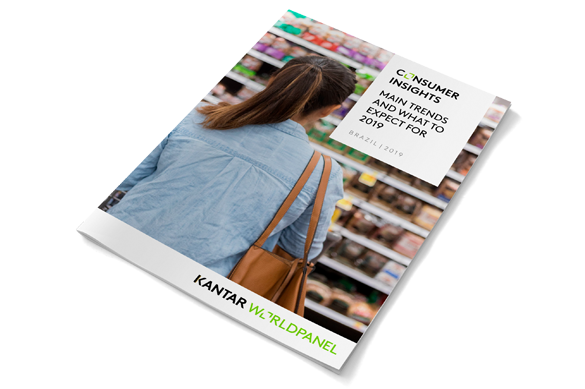 A new president and stronger economic environment last year might have led to an increase in confidence amongst Brazilian’s, but it didn’t improve the performance of the FMCG sector. Kantar’s data shows that although consumer confidence started to improve in the fourth quarter of 2018, consumption levels did not.

Kantar’s consumer insights study reveals that consumption actually dropped by 2.1% in volume while value grew just 1.5% in 2018 compared to 2017. Frequency also decreased with households making two less visits to retailers across the year. This is a change from 2017 where, although the frequency decreased, the average volume per trip increased, in 2018 the volume per trip remained the same.

Out-of-home consumption accounts for nearly half of household spend in Brazil, and here the decline was even greater. For the year-ending November 2018 there was a decrease in value of 2.4% and 3.7% in volume.

Despite this challenging environment, products which consumers considered to be premium did still grow, these included salad dressing, ready-to-eat desserts, olive oil, fermented milk, fresh pasta, frozen potatoes, frozen juice, ready-to-drink tea and beer. In the out-of-home market there were increases for coffee, beer and soft drinks. Overall, perishables and sweet groceries were the biggest winners, increasing volumes by 3.9% and 2.8% respectively, driven by biscuits, refrigerated desserts and fermented milk. These successes prove that there are always opportunities for brands who understand their consumers to grow, even in a tough environment.

When we look at the shopping channels used by consumers, our data shows that Brazilians have increased their repertoire, from five different retailers in 2013 to seven in 2018. Cash and Carry stands out as the most popular channel with an increase in penetration of 3.7% in hypermarkets and neighbourhood supermarkets which decreased by 3% and 2.3% respectively.

“Last year we saw that consumers had the same number of categories in their shopping basket, but chose their products more carefully. Due to the uncertainties caused by the economic and political environment, Brazilians opted to have more meals at home but enjoyed more sophisticated items. The decreased number of shopping trips meant that purchases became more specific, and shoppers visited more channels”, analysed Giovanna Fischer, Marketing and Consumer Insights Director Brazil, Worldpanel Division.

Read the article and watch the webinar in Portuguese.