Fashion accounts for 7.4% of online sales in Spain 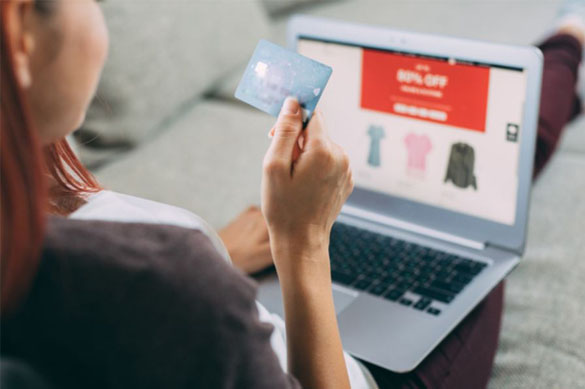 E-commerce is continuing to gain ground in the fashion business. Online sales accounted for 7.4% of fashion sales in Spain last year, compared to 5.9% the previous year, biggest historical increase so far. In 2012 it was only 1.4%, highlighting the importance of e-commerce for this sector and its future growth.

A third edition of the Online Fashion Report in Spain, prepared by Kantar and Modaes.es, with sponsorship from Prodware, outlines the main indicators and statistics linked to online shopping (both in general, and specifically for fashion). Issues covered include the ability to get online, the profile of online shoppers and a consideration of both the drivers and deterrents for e-commerce.

The role of e-commerce in fashion is also significant in terms of volume: last year, more than five out of every 100 items of clothing sold in Spain was online.

Educated, urban women continue to be the most significant online fashion buyers in Spain. The typical profile is between 35 and 54 years old, living in a city with a population of over 100,000, with a higher-level education. However online fashion is becoming more diverse and appealing to a wider range of people.

This edition of the report looks at online fashion consumption patterns according to where people live. In this respect, the biggest average purchase, 6.7 units, was recorded among consumers who reside in large metropolitan areas. Shoppers in small towns with less than 30,000 inhabitants however spend the most: an average of €143.40 per person, per year. The online channel has the greatest penetration in urban areas with between 30,001-500,000 inhabitants, where it already reaches 28.1% of the population over 15 years old.

The report also reflects the stake bricks and mortar stores have in the online channel, and the growth they have enjoyed due to online purchases. For the first time this year traditional retailers won more sales than the pure players, with a share of 51.3%. For their part, digital natives, who accounted for nearly 80% of online fashion sales in 2012, only represented 48.7% last year.

Jaime Diez, Fashion consultant at Kantar, states that, “as well as knowing how the customer behaves in a shop or on the web, it is essential that brands and retailers know their potential customers: who they really are, how and where they shop, and that they understand how to gain new buyers in order to access sources of growth for their business”.

Pilar Riaño, director of Modaes.es, stressed that not only is the digital channel of increasing importance for the fashion industry, but “it is also experiencing its own transformation, as the way in which clothing is searched for and bought online is constantly changing”. Therefore, she continues, “fashion companies constantly need up-to-date information on the evolution of this channel and the preferences and behavioural patterns of consumers. In this respect we hope that this third edition of the report will help them to gain some valuable insights”.

For his part, Iago Oro, Prodware’s Retail and Customer Centric director, highlights how “in the omnichannel era, the offline titans, who started to change just in time, have overtaken the pure players, making on- and offline integration their major competitive advantage”.

Methodology
The report was prepared using information obtained from various public and private sources to get a more accurate snapshot of the current industry situation. The study compiles and analyses information obtained from Kantar’s consumer panels, the latest data published by the Spanish National Commission on Markets and Competition (CNMC) on Internet sales across all sectors, the Survey on Equipment and Use of Information and Communication Technologies in Households from the Spanish National Statistics Institute (INE), and the B2C Electronic Commerce Study, compiled each year by the Spanish National Observatory of Telecommunications and the Information Society (ONTSI), among other sources.