Food expenditure continues to spike due to coronavirus 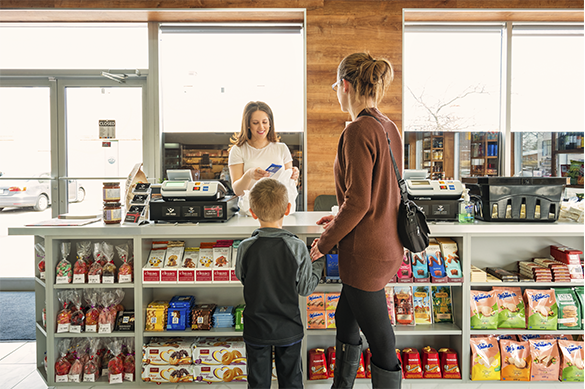 Spanish households are maintaining their pace of spending on food and cleaning products after the initial reports on the arrival of coronavirus in Spain, according to the latest data released today from Kantar, the leading consultant in consumer panels.

In the week of 2-8 March, spending went up 9% on consumer products compared to the weekly average of the previous two months. The week before, which when Spain began to feel the first effects of the pandemic, this growth was 13%. The increase was spurred by higher purchase amounts (+5%) and greater purchase frequency (+3%) compared to the average for the year’s first eight weeks.

In the week analysed, the increased consumption was noted in all categories, but particularly packaged food and beverages, cleaning products and baby products, where spending rose by 18%. 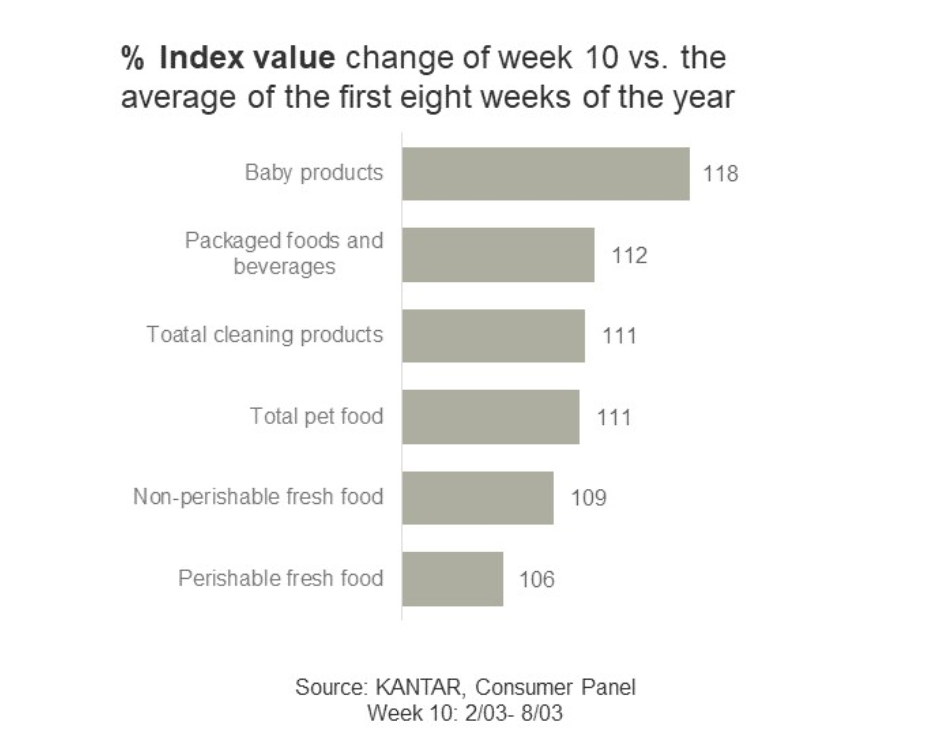 As for cleaning products, cleaning liquids are still leading the increase (19%), followed by growth in complementary categories such as sponges (15%) and air fresheners (14%).

According to Kantar, this is down to the fact that “after an initial period of stocking up on more basic categories such as water, milk, conserves, bleach and disinfectants, hand soap and toilet tissue, which we could qualify as the “bunker effect”, in the following week consumers added to their shopping trolleys other categories that would complement the most essential goods, and even allow themselves a moment of pleasure during their home confinement”.

In terms of channels, the greatest consumption increases are in online and local shops, risingby 0.3 and 0.2 points respectivelycompared to the average for the first eight weeks of the year. Online continues to attract 2.7% of Spanish households (+11%), with an even higher purchase amount than normal (+17%). 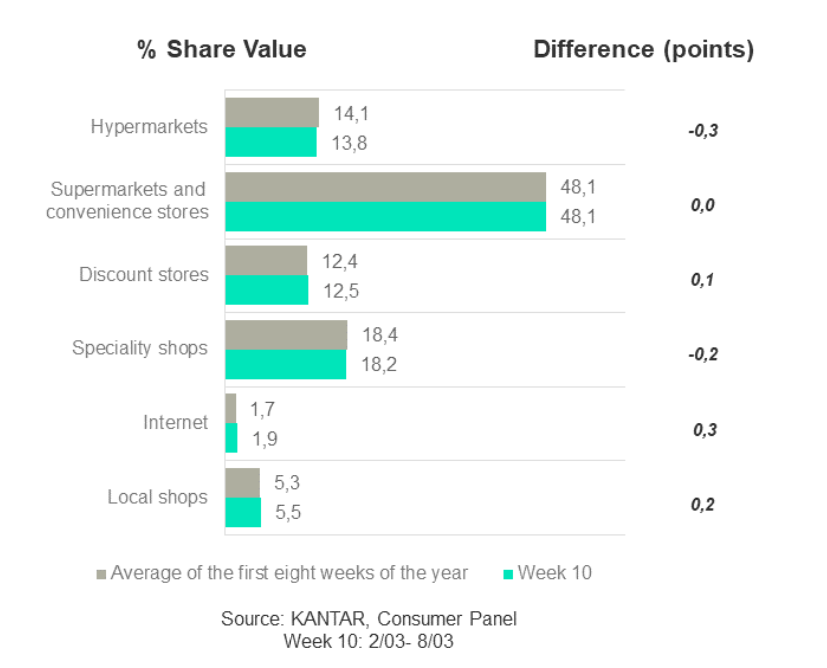 During the period observed, the rise in the purchase of consumer goods is proportional to the degree of concern for the current situation. Thus, regions with greater concern have shown a higher increase in food and cleaning product purchases, with 15% growth in Eastern Spain and Andalusia and 8% in Madrid.

By demographic group, the growth is especially strong in the younger groups: 35% in young people who live outside the family home, 21% in single-parent homes and 19% in couples with small children.

With the coming of the first containment measures, the population has become more aware of the situation and has begun to apply on a massive scale a greater number of preventive measures: not frequenting crowded places, lower consumption in bars and restaurants and more frequent hand-washing.

In terms of out-of-home consumption (OOH), Spanish consumers only reduced this when “forced to” by the closure of establishments, “making it foreseeable that there will be a rapid recovery once confinement ends” added Kantar. 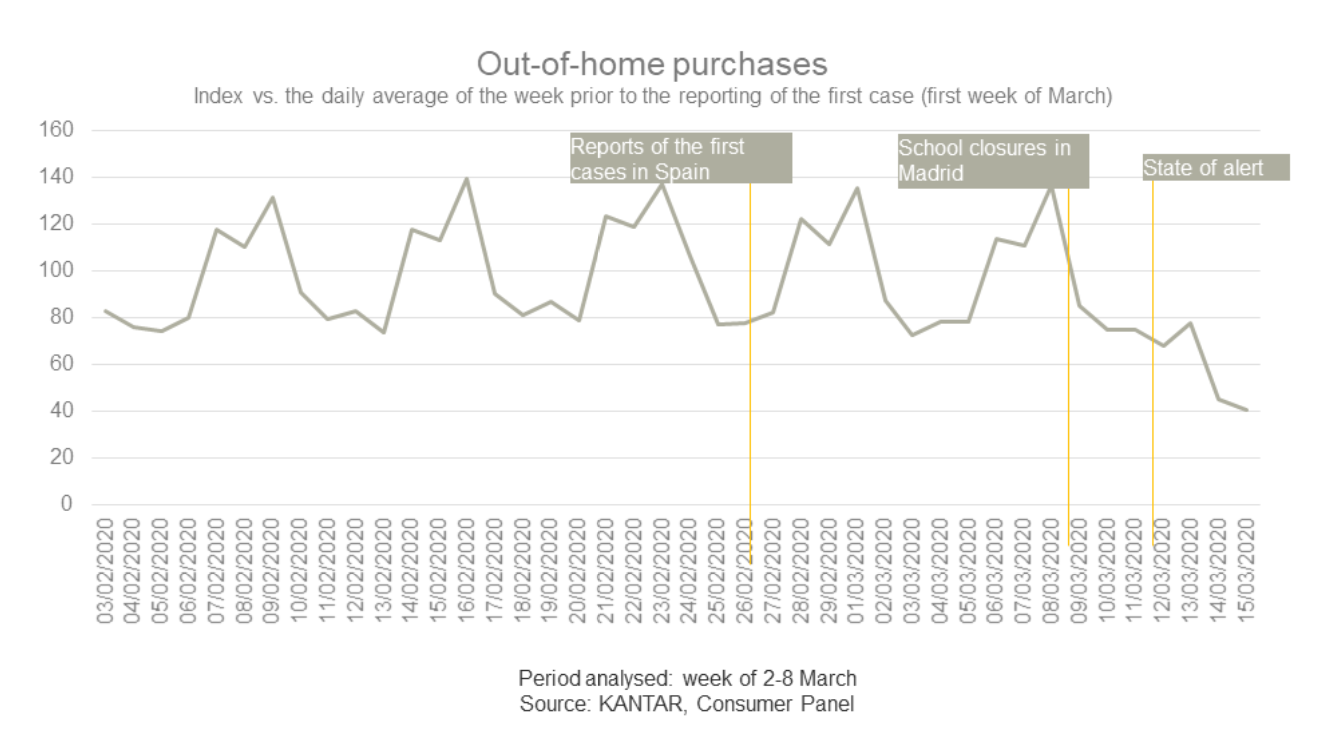