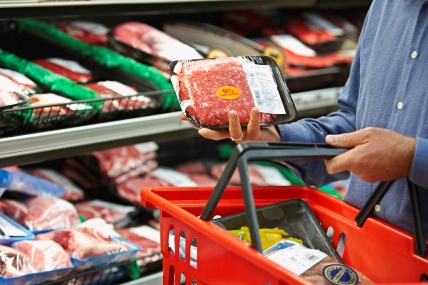 David Berry, commercial director at Kantar Worldpanel, explains: “The impact of the horsemeat issue has so far only affected what consumers put in their baskets rather than where they do their shopping. For the four weeks ending 17 February frozen burger sales were down by 42% as shoppers chose to buy alternative meals.

“Aldi continues to set the pace with sales growth of 29%, increasing its share of the market from 4.6% last year to 5.9%. What is notable from Aldi’s performance is that it has grown sales of fruit and vegetables – the most valuable grocery category – by 39% this year

“Among the big three supermarkets Dunnes is the only grocer to increase its share of the market. Benefitting from bigger shopping baskets, the retailer beat the market with 4.1% sales growth. Tesco’s performance has improved slightly since January but still remains behind the market, leading to a drop in market share for the second successive period.”

The 0.8% growth seen in the market is the highest level since December 2011 and is attributable to the continued increase in the price of groceries.