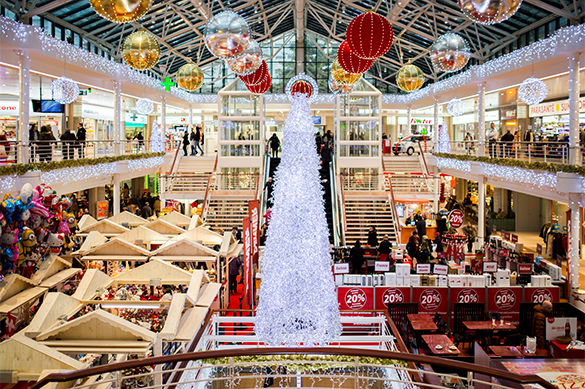 The Irish grocery market grew by an impressive 3.0% over the 12 weeks to 30 December, ensuring a record festive period for retailers.  The latest Kantar Worldpanel data shows value sales reached €995 million in the month of December – the highest monthly total ever recorded in the Irish grocery market.  This was driven by Irish shoppers spending an average of €694 on groceries in December – €151 more than the typical month.

Douglas Faughnan, consumer insight director at Kantar Worldpanel, comments: “Irish shoppers showed a willingness to splash out over the festive break.  Branded and premium private label ranges grew by 3.8% and 11.2% respectively as shoppers spoiled themselves and their families over Christmas.  The market also benefited from continued inflation, with prices up 1.6% compared with last year.”

Douglas Faughnan continues, “The fact that Christmas fell on a Tuesday meant shoppers could take advantage of a full weekend of trading before the big day, and Saturday 22 December proved the most popular day for Christmas grocery shopping.  The Irish public spent an additional €25 million compared with the previous Saturday, making it the biggest trading day of the year with €75 million going through tills.”

For the second Christmas in a row and the fourth consecutive period overall Dunnes was Ireland’s leading retailer, accounting for 23% of the grocery market – its highest Christmas share since 2013. Dunnes was the only one of the three biggest retailers to see a rise in shopper numbers, with almost 31,000 extra households visiting its stores compared to last year.  The retailer also performed strongly in the key battleground of Dublin, accounting for 27.2% of grocery sales in the capital.

Tesco and Supervalu recorded market shares of 22.3% and 21.8% respectively.  Despite showing a share decline on last year, both posted sales growth with Tesco’s performance primarily bolstered by its private label ranges, which contributed 57% of overall growth, and its premium Tesco Finest offering, which grew by 4.8%.  Meanwhile, SuperValu will have benefited from any last-minute top up shopping on Christmas Eve due to its convenient store network and strong fresh food offering.

Aldi and Lidl were the strongest performing retailers over the 12 week period, with growth of 8.8% and 4.6% respectively meaning both retailers achieved their highest ever Christmas share.  Douglas Faughnan comments, “The impact Aldi and Lidl have made on the ultra-competitive Irish grocery landscape is evidenced by the fact that more than 70% of households visited each retailer in the 12 weeks to 30 December.

“Own label products still account for the majority of both retailers’ sales, but it was the premium end of these lines which recorded the strongest growth.  Similarly, sales of branded goods accounted for more than 40% of the growth achieved for both Aldi and Lidl – testament to the popularity of their ever expanding ranges.”