Half of Spaniards bought take-away food in 2018 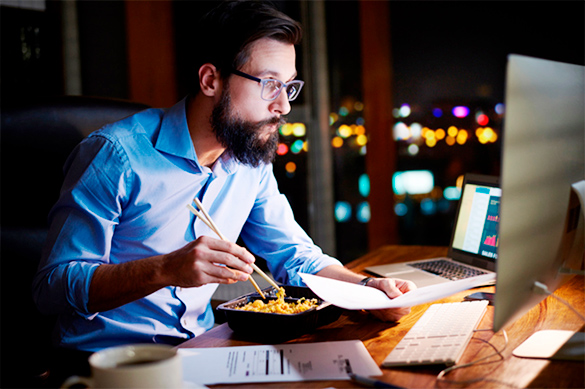 In 2018, 51% of Spaniards purchased take-away food, according to Kantar’s latest out-of-home consumption panel data. For the first time this study analysed all the out-of-home (OOH) food and beverage consumption occasions in Spain. It reveals that, including those purchased for OOH consumption, the Spanish population spent a total of 100,000 million euros last year on food and drink and made 9,000 purchases.

Edurne Uranga, Consumer Director of Worldpanel Division at Kantar and responsible for the study, stated: “Brands and chains are facing a new playing field, with an increasingly complex consumer who spends less, and does so in a less structured manner: at work, on the street, on public transport, etc., and where the traditional lines between channels, restaurant services, and large-scale distribution have blurred”.

Today hypermarkets and supermarkets represent 7% of all out-of-home consumption, with 59% penetration and an average of 18 visits per year. Currently, half of these visits are to buy cold drinks and snacks, but in 2019 they are expected to also include purchases of freshly prepared meals, enabling supermarkets to capture instances typically covered by restaurants.

At the same time we are seeing restaurants are now entering homes and workplaces through delivery services, more than 50% of Spaniards used these in the last year.

New delivery models, for example online sites such as Deliveroo which offer a choice of restaurants, are gaining more ground every day. However, telephone ordering continues to have the greatest reach in Spain with 29% of the population using it in the last year. In this way Spain is behind many other European countries such as the UK.

The data also reveals other growth opportunities for brands, retailers and businesses. Restaurant chains are currently undergoing a transformation, with a massive reach of 99% penetration and an average of 9.4 visits per month in 2018.

Edurne Uranga concluded: “There are 16 consumption occasions in the restaurant industry where chains and brands have huge potential to attract new customers. To capitalise on these, they need to fully understand the different needs in the stages of a consumer’s routine, and how the competition operates. It means a wide range of opportunities to grow in terms of both channel and category”.

About the Out-of-Home consumption panel

Since 2018, Kantar’s Out-of-Home consumption panel has analysed all the food and drink purchased and consumed by the Spanish population outside the home. With a sample of 8,500 individuals between 15-75 years old, representative of the population, and a 100% smartphone-based methodology, the panel collects and studies more than 1.8 million consumer statements per year.