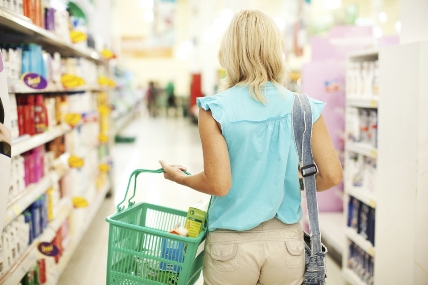 The latest supermarket share figures from Kantar Worldpanel in Ireland, published today for the 12 weeks ending 13 October, show a slowdown in grocery market growth in the run up to the budget announcement. Sales growth for the total market stood at 0.6%―its lowest level since June, as consumers tried to manage their spending by shopping less often.

David Berry, commercial director at Kantar Worldpanel, explains: “Many of the grocery retailers have been actively targeting shoppers with money saving vouchers in recent months and this has led to a change in consumer shopping habits. Shoppers have switched from the ‘little and often’ approach to stocking up, making fewer trips, but purchasing more items per shop.”

Among the retailers, Dunnes’ ‘Shop and Save’ campaign has helped to drive sales growth of 5%, and boosted its market share by 1 percentage point to 23%. Aldi and Lidl both continue to post impressive growth rates of 23% and 10.3% respectively, although their combined market share of 14.5% has dipped further below the record level of 15.1% achieved in August. SuperValu’s sales remain in line with last year’s performance with a slight dip in share, while sales at Superquinn have fallen by 1.8%.

David continues: “Tesco continues to feel the pressure, with sales declining by 6.5% and its market share dropping from 28.6% last year to 26.6% now. This is the twelfth successive quarter of decline for Tesco, which has lost significant market share to the discounters over the course of the year. Its ‘Tesco Price Promise’ campaign is clearly aimed at challenging the view that Aldi and Lidl are cheaper, and it will be interesting to see the response from shoppers over the coming months.”