Apple booms in Britain, but finds life tougher on the continent 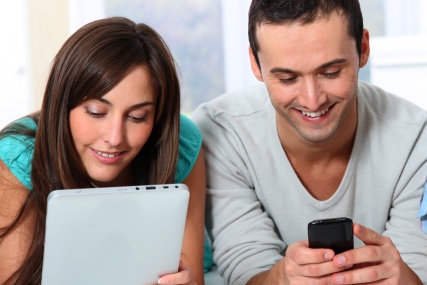 The success of the new iPhone in Britain has meant that O2 - which has the highest proportion of existing iPhone owners - has benefited the most.

Dominic Sunnebo, global consumer insight director, comments: “In Great Britain, the US and Australia, Apple’s new iPhone continues to fly off the shelf in the run up the Christmas, reversing the share losses seen during much of 2011. However, this trend is far from universal, with sales in Germany and France somewhat underwhelming. In fact, in Germany, Android achieved a dominant 61% share of smartphone sales in the latest 12 weeks, with the Samsung Galaxy S II the top selling handset.”

The success of the new iPhone in Britain has meant that O2 - which has by far the highest proportion of existing iPhone owners - has benefited the most, taking 36.1% of all iPhone sales in the past 12 weeks. However, this has not had a dramatic impact on the number of O2 customers, as the majority of iPhone sales have come from existing O2 iPhone 3GS customers. 3 continue to be the fastest growing network in Britain, with its smartphone share up to 11.1%.

Dominic adds: “Typically Christmas gifting in the mobile market doesn’t really get started until December. Last year just under a third of all phones bought were given as presents and this figure rose to 46% in December 2010. Blackberry handsets were the most popular, making up 40% of the smartphones bought as gifts last December. We think this trend will be repeated in 2011. In fact, 55% of Blackberrys sold this November were bought as gifts.”

Smartphones made up 71.5% of sales over the 12 weeks, meaning that 47.3% of the British population now owns a smartphone.