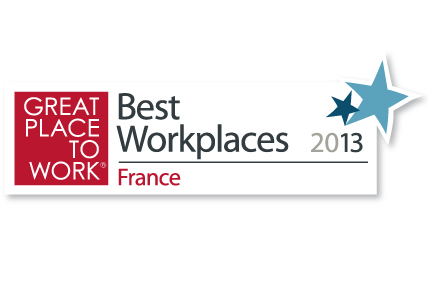 Kantar Worldpanel France has become one of the 2013 Top Companies to Work For in France.

The Great Place to Work Institute France has revealed the 2013 list of Best Workplaces, a yearly award that recognizes the best companies to work for in France. This year for the first time, Kantar Worldpanel has been listed in the prestigious ranking in 21st position in the category of Less than 500 Employees.

Patrick Dumoulin, General Director of Great Place to Work France said of the award “This is the first time that Kantar Worldpanel has taken part in the listing of the Top Companies to Work For and it has been classified in the 21st position… The award highlights the strength of management and how accessible the leadership team is to its employees.’ He continued ’… In the ranking we place great importance on transparency as well as human relations and supporting employees. We welcome Kantar Worldpanel to the Best Workplaces France 2013!”

For more information about the Great Place to Work Institute click here.