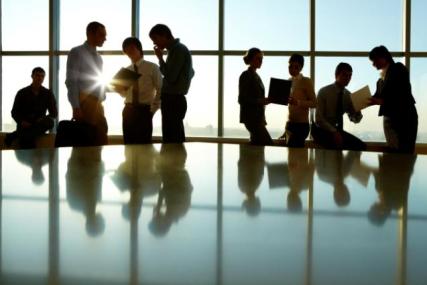 What makes the award particularly special is that the ranking is based purely on the confidential surveys completed by the employees.

Entering the awards for the first time, Kantar Worldpanel is delighted to announce it has achieved 99th place in The Sunday Times 100 Best Companies to Work For and ‘1 Star Best Companies Accreditation’.

The Best Companies annual survey is the largest of its kind with over 275,000 employees across diverse industries participating in 2011.  Competition was fierce with 1,165 organisations applying to achieve ‘Star Status’ accreditation and 818 being successful.  In total only 498 organisations were awarded ‘Star Status’. Alongside Kantar Worldpanel UK big guns Boots, Lloyds bank, Virgin Money and McDonalds were among the many companies listed.

The Sunday Times has been publishing the annual lists of the best companies to work for since 2001 and the accolade is highly regarded by employers and employees alike. Host, BBC Breakfast presenter Bill Turnbull called the event an opportunity to "celebrate a triumph".

What makes the award particularly special is that the ranking is based purely on the confidential surveys completed by the employees, with the result clearly displaying Kantar Worldpanel’s continued commitment to providing the very best working environment within the UK. Minister for Employment Ed Davey commended all for responding with clarity to employees in the current climate.

Managing Director Tim Kidd, commented 'It's an honour to be counted among the best companies to work for in the UK'

Kantar Worldpanel is the world leader in consumer knowledge and insights based on continuous consumer panels and offers market monitoring, advanced analytics and tailored market research solutions to a vast range of retailers, brands and industry. The UK operation is its largest with over 500 employees.

The full list of companies in The Sunday Times 100 Best Companies to Work For will be published on Sunday 6th March.