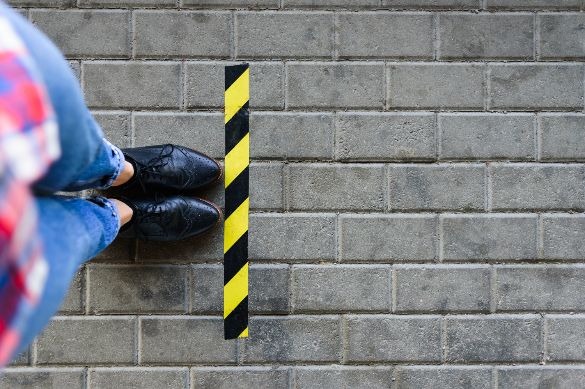 Take-home grocery sales growth in Ireland slowed to 13.7% year on year during the 12 weeks to 6 September 2020, the latest figures reveal. Slowing growth suggests shoppers are starting to return to more normal habits following the unprecedented spending seen during the height of the pandemic. However, there are tentative signs that the market may accelerate again in the short term, as local lockdowns take effect around the country.

Grocery sales over the past 12 weeks remain significantly higher than pre-pandemic levels, but compared with April and May shopping routines are much closer to what we would usually expect. For example, people are visiting grocery stores more frequently than they have since June, at an average of 19 times over the course of the past four weeks, indicating an increased sense of security among shoppers since face coverings were introduced at the start of August.

However, it’s a slightly more nuanced picture when we look at what the latest four weeks of sales might mean for the market going forward. An additional €19 million spent on groceries during the past month coincides with the start of a number of local lockdowns. This suggests that local restrictions are already making their mark – with people in certain parts of the country spending more to stock up on food and drink to consume at home.

Looking ahead, ongoing local restrictions are expected to continue to disrupt shopping patterns across Ireland.  Emer Healy continues: “In the latest 12 weeks, Dublin has seen the strongest growth of all the regions, with shoppers in the capital spending an additional €141 million on groceries compared with last year.  It will be interesting to see what effect the local lockdown could have on grocery sales as shoppers navigate new restrictions.”

Despite some economic uncertainty, brands have once again proved to be standout performers, growing ahead of the market by 18% and outpacing private label sales year on year as shoppers spent an additional €205 million on branded groceries. Among the retailers, Lidl and Aldi both saw strong growth in branded sales, which grew by 48% and 36% respectively.  Lidl was also top of the table in terms of overall growth rate in the latest 12 weeks, growing by 21.2% year on year to boost its sales by €63.3 million. Aldi holds a 12.6% share of the market this period, with growth driven by an increase in volume per trip and higher average prices.

The popularity of online grocery shopping continues, and online sales grew by 121.7% over the latest four weeks. This represents another month of record-breaking growth for the online channel and digital sales added €72.9 million to the total market in the latest 12 weeks. New shoppers accounted for almost a quarter of the €133.6 million spent on online groceries during that time. Boosted by comprehensive online offers, SuperValu continues to grow ahead of the market and holds the biggest share of spend at 22.1%, while Tesco registered a 21% market share. Higher average prices and larger trip size drove growth for Tesco this period.

All the retailers benefited from the reopening of schools this September, which was a significant step toward normality after an extraordinary summer. Parents preparing for their children’s return to the classroom stocked up on easy breakfast and packed-lunch options, with sales of baked morning goods up 11% and lunch box staples like yoghurt drinks and juices growing by 17%. One marked difference this year is that facial tissues and wipes have become a must-have for children’s backpacks, growing by 2% and 15% respectively.

With many returning to the school run and the office commute, easy and convenient dinners are firmly back on the menu. Shoppers spent an additional €6.8 million on chilled convenience products, €2.7 million on ready meals, and sales of frozen prepared foods soared by €9.7 million year on year.

Dunnes in particular cashed in on the back to school trend as households with children increased their spend in the store by 9% and the grocer performed the best of all the retailers in sales of many typical packed lunch items. Dunnes now holds the second highest market share of all the grocers.